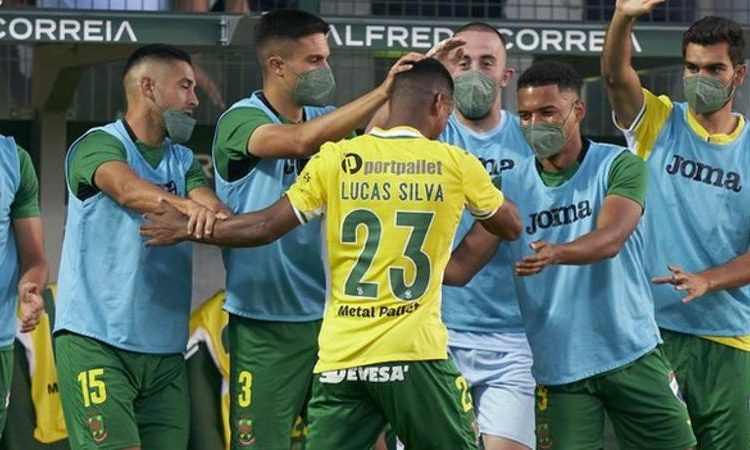 He left the entire starting XI from Sunday’s 1-0 win over Manchester City – and Harry Kane – at home.

They were very poor in Portugal.

Lucas Silva ran in behind Cristian Romero too easily to latch on to Nuno Santos’ through ball and slot into the bottom corner for the only goal.

“Nobody likes to lose a game,” said Nuno. “Nobody likes to not play good. The feelgood factor disappeared. This is football, ups and downs. The players have to bounce back.”

Spurs did not manage a single shot on target – but Nuno said he did not underestimate the hosts and would pick the same team again.

“The decision was to try to give minutes to players, to get minutes on their legs and increase the levels of fitness,” he said. “Of course things take some time.

“I would decide the same. We need all the players [this season].”

Their European campaign – in the new third-tier tournament – will be over in August unless they win next Thursday’s second leg at Tottenham Hotspur Stadium.

Teenagers Nile John and Dane Scarlett also made their first starts for the club – and J’Neil Bennett and Maksim Paskotsi came on for debuts – but there were no real standout performances.

Identical twins Michael and Matthew Craig, 18, were among the unused substitutes on an inexperienced bench.

Nuno would not say if he will play a similar team for the second leg, adding he wanted to focus on Sunday’s Premier League game with former club Wolves first.

UEFA Conference League: Jose Mourinho's AS Roma reign off to a winning start