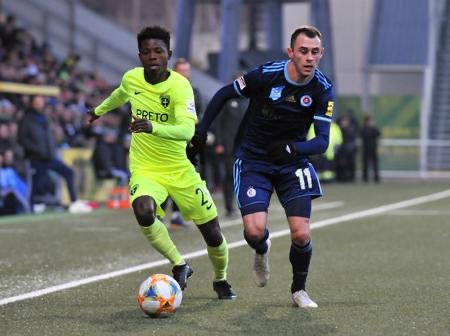 Black Stars defender, Benson Annan, has been ruled out of September’s FIFA World Cup qualifiers against Ethiopia and South Africa due to injury.

The 21 year old right back, picked up an injury while in action for Slovakian side MSK Zilina over the weekend.

The news was confirmed by the Ghana Football Association’s official account on Tuesday.

We wish Benson a speedy recovery🙏🏾

It is unclear how long he’d be out for, or which player will be called in to replace him.

Ghana face Ethiopia in Cape Coast on September 3 before flying out to Johannesburg to face South Africa on September 7.