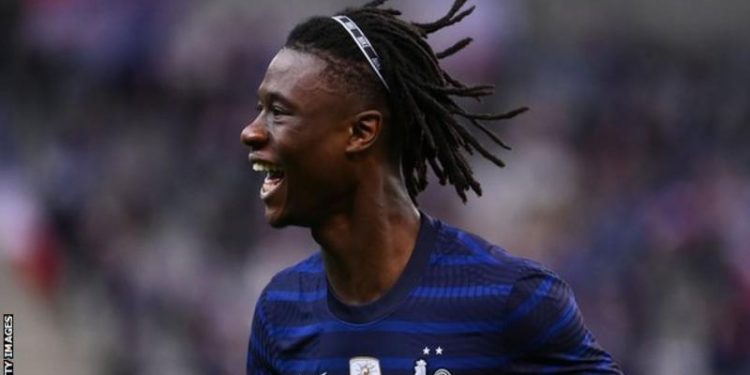 The 18-year-old had entered the final 12 months of his contract with the Ligue 1 club, who were not prepared to lose him on a free transfer next year.

He completed his medical at France’s Clairefontaine training centre on Monday.

He quickly established himself as a regular in their first team, making 60 league appearances over the last two seasons.

The teenager became the youngest senior France international since 1914 when he made his Les Bleus debut against Croatia in the Nations League in September 2020, – and scored his first goal a month later in the 7-1 friendly win over Ukraine.

While he was not selected for Euro 2020, he represented France at the Euro Under-21 Championship this summer.

Camavinga becomes Real’s second signing of the summer after versatile Austria defender David Alaba, who moved to the Spanish capital following the end of his Bayern Munich contract.

Real have also been linked with a move for Camavinga’s France team-mate Kylian Mbappe from Paris St-Germain, but the two clubs have not been able to agree a fee for the 22-year-old.