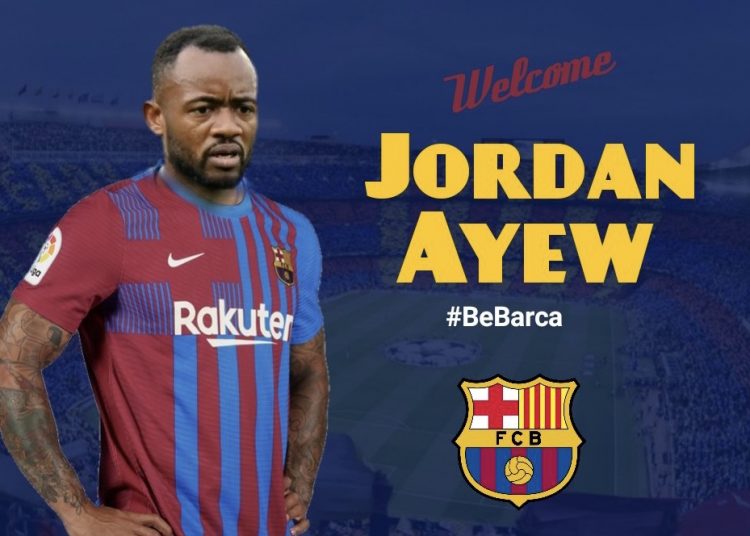 Transfer Deadline day always generates a lot of crazy, head spinning rumours, due to the eagerness of football fans to see their clubs doing some last minute business, and Ghana’s Jordan Ayew wasn’t left out.

On Tuesday’s transfer Deadline day, an FC Barcelona parody account posted a fake announcement of Jordan Ayew to the club, and unfortunately, many, including some journalists missed the joke, sparking a flurry of publications and tweets to that effect.

Crystal Palace’s Jordan Ayew who is on international assignment must’ve been hit with confusion wondering how and when he signed the deal without his knowledge.

Jordan Ayew opening Twitter and seeing that he's been transferred to Barca for 20m 😂😂 pic.twitter.com/RuYAhMIiAI

Barcelona is out of options 😂😂 Jordan Ayew pic.twitter.com/1zpEGIcGWo

For the record, Jordan Ayew is still a Crystal Palace player, and is currently with Ghana’s Black Stars squad as they prepare for their FIFA World Cup qualifier against Ethiopia and South Africa.