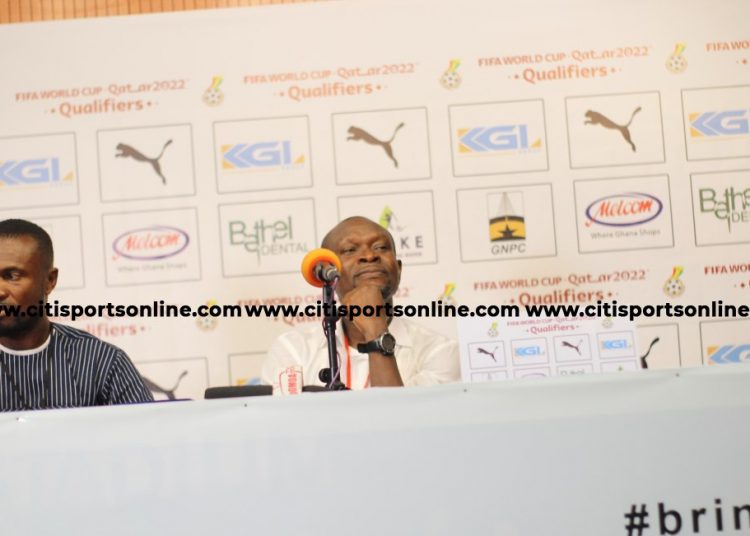 Head coach of the Black Stars, Charles Akonnor is confident his team has more goals in them despite struggling to convert their chances.

The team came under heavy criticism from fans and journalists after Ghana defeated Ethiopia 1-0 in the first game of the 2022 World Cup qualifiers.

All though Ghana won, the performance was far from convincing as fans and journalists raised concerns about the team’s inability to score more goals.

The Black Stars have scored 12 goals in 9 games since Charles Akonnor took charge of the team on 15 January 2020 but pundits and critics have questioned the team’s ability to convert chances after the team struggled to create clear-cut chances against the Walia Ibex of Ethiopia.

Addressing the media, a confident Akonnor said his team will score many goals.

“From where I stand as a coach, you may not know what I know about the game, so I can understand the worry of people”. He started.

“We may not score goals, but the question is, do we create chances to score? Yes, we do. This same squad scored Qatar 5 goals, so it is not a situation where we cannot score goals.

“Although it may look like we cannot score goals now, however, that is not the reality. We will score goals, it will come by itself. We are doing well and so the goals will come naturally. It is just a matter of time,” he concluded.