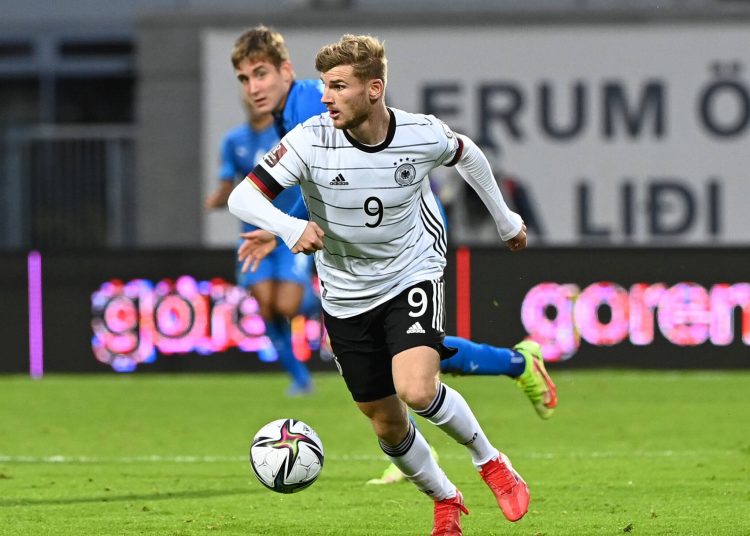 Chelsea duo Antonio Rudiger and Timo Werner both scored as Germany thrashed Iceland in their qualifying campaign for the 2022 World Cup in Qatar.

Defender Rudiger looped home a header in the first half and forward Werner poked home from Blues team-mate Kai Havertz’s pass one minute from time.

Bayern Munich pair Serge Gnabry and Leroy Sane were also on the scoresheet.

Germany top their group and are four points clear of second-placed Armenia, who drew against Liechtenstein.

Meanwhile, world number one side Belgium maintained their unbeaten record by edging 1-0 past Belarus.

Leicester City midfielder Dennis Praet, who has joined Serie A side Napoli on a season-long loan deal, scored the winner in the first half.