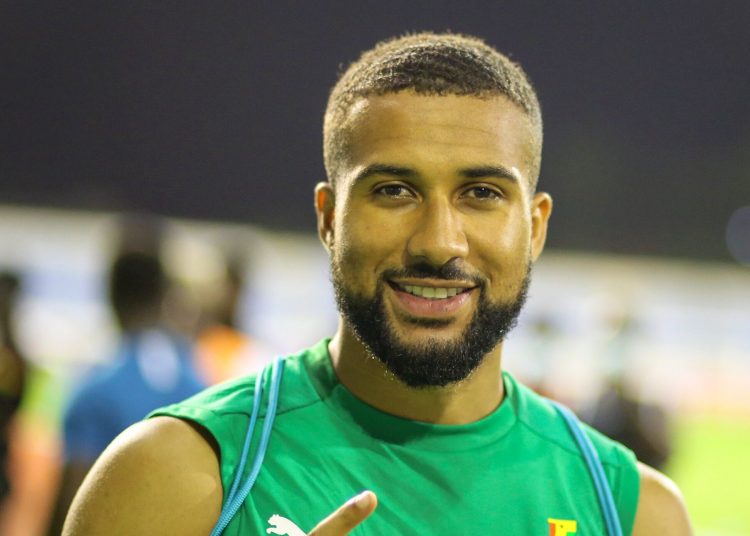 While he may not have been at his best on his debut, there’s no doubt that Daniel-Kofi Kyereh was ecstatic to step on the pitch for the Black Stars.

The St. Pauli forward was a surprise call-up to the Black Stars squad for the World Cup qualifier against Ethiopia and came on in the 28th minute after Jeff Schlupp had to be withdrawn with a suspected hamstring injury.

Ghana’s 1-0 win over the Ethiopians might have come under heavy criticism for the team’s performance but Daniel-Kofi Kyereh would certainly have enjoyed the occasion, given his excitement when he was called up.

A video posted on Twitter by sports journalist, Owuraku Ampofo shown a thrilled Kyereh celebrating by opening up a box of Ghana shirts in his home before sprinting and doing a slide down the hall.

He then throws on one of the shirts and puts his hand on the crest before breaking out in a dance.

Look at what it means to Daniel-Kofi Kyereh to play for Ghana 🇬🇭 pic.twitter.com/1sqSgBQBlS