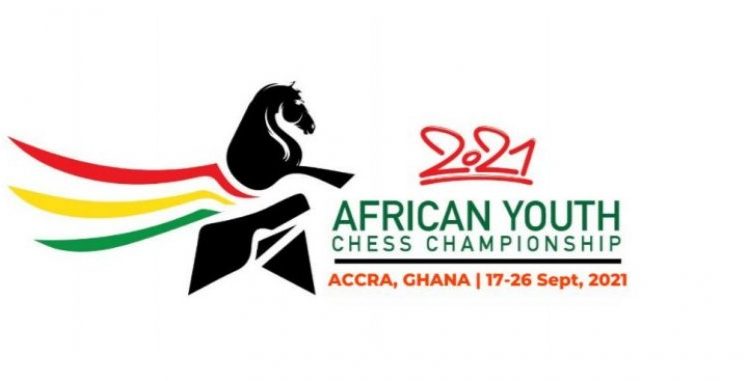 Ghana is set to host the 2021 African Youth Chess Championship scheduled for September 17-26, at the Best Western Plus Hotel, in Accra.

The week-long tournament has attracted more than 150 boys and girls from 14 African Countries who would lock horns in the nine-round Swiss tournament.
The competition would be played in six age categories namely U-8, U-10, U-12, U-14, U-16 and U-18.
Hosts, Ghana would be joined by Egypt, Tunisia, South Africa, Kenya, Nigeria, Mauritania, Mali, Malawi, Cote d’Ivoire, Liberia, Botswana, Sao Tome and Principe, and Togo.
The event would have Bechir Messaoudi, the Chief Arbiter from Tunisia who would be supported by others including Ghana’s top Arbiter, Air Cmdre. Arko-Dadzie.
The Ghanaian team would be led by nine-year-old Dave Chief Quansah Acheampong who is the current U-9 African Champion.
He will be joined by a host of other national champions such as John Allotey, U-16 champion, Aarush Thakkar, Segunda Chess League winner as well as new talent Mawuli Richardson who was the winner of the Primera Chess League.
In the Girls’ category, Angel Quansah Jordan will lead the team with her experience in playing in the recent Youth World Cup held online together with Rebecca Barnor.
Ghana will also have Maxwell Agyekum, Freda Bemah, and Abena Danso, the winners of the Prabon Greenfields Chess Tournament which took place in Kumasi last July.
Mr. Philip Ameku, the President of the GCA said arrangements were in place to host a successful tournament.
He expressed confidence in the potentials of the Ghanaian squad to win the ultimate in their respective categories.
He, however, lamented the unavailability of U-18 champions Enock Kpodzi and Malav Daftari who cannot compete due to their final exams.
Source: GNA
ShareTweetSend
Previous Post

CAF CL: We will play for victory - Barnieh ahead of Kamsar clash