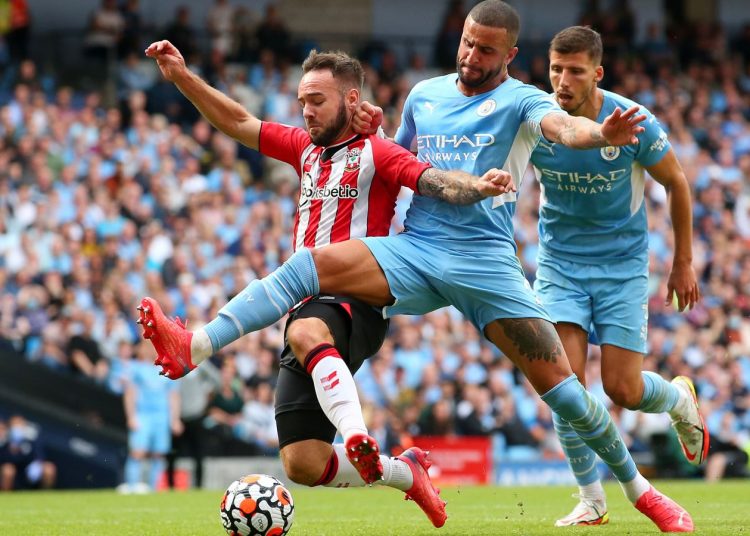 A 52,698-strong crowd watched Manchester City play out a goalless draw at the Etihad Stadium after Southampton were dramatically denied a second-half penalty and Raheem Sterling saw a potential late winner narrowly chalked off for offside.

City boss Pep Guardiola urged more supporters to attend Saturday’s Premier League encounter after 38,000 watched the midweek win over RB Leipzig, and the attendance was back to near-capacity levels – as it was against Norwich (51,437) and Arsenal (52,276) – as the hosts were left frustrated by a resilient Southampton side.

The Saints thought they had a chance to break the deadlock after half-time, but after awarding the visitors a penalty and showing Kyle Walker a red card for making contact with Adam Armstrong, referee Jonathan Moss overturned both decisions when consulting the pitchside monitor.

It was a big reprieve for City, but the champions could not find the breakthrough, and after VAR denied Raheem Sterling a late winner for offside, the points were shared as City ended the match with just the one shot on target.