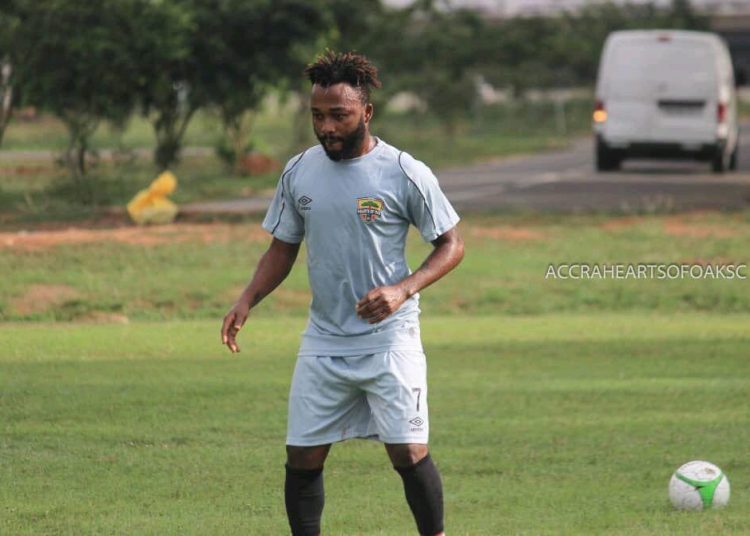 Accra Hearts of Oak has released a statement regarding the absence of former Great Olympics captain Gladson Awako.

The former Ghana U-20 star has  been reported to have quit the club just one month after signing for them from  cross town rivals Accra Great Olympics.

According to the club’s statement, Awako has long been absent from the team’s training because of some personal issues which he is expected to sort out before returning to join his teammates soon.

Awako, 30, was instrumental for cross-town rivals Accra Great Olympics, in the 2020/2022 Ghana Premier League season, contributing a combined 23 goals and assists in all competitions as the club finished 6th last season.

The Phobians announced the signing of Awako in August, 2021 but has since deleted the announcement posted on Twitter as his future at Accra Hearts of Oak hangs in the balance.