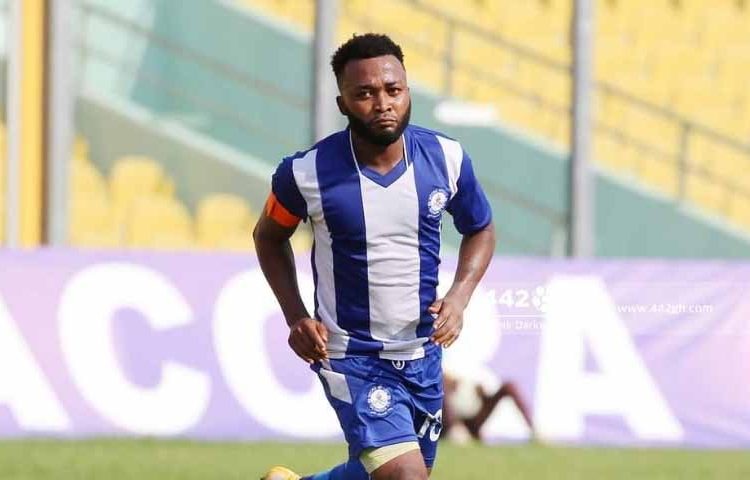 Yussif Chibsah, the agent of Gladson Awako says a discussion will be held with Accra Hearts of Oak to determine the future of the former Great Olympics captain.

The former U-20 World Cup winner has  been reported to have quit the club just one month after signing for them from  cross town rivals Accra Great Olympics.

On September 21, 2021, Hearts of Oak released an official statement on Awako’s long absence from the team’s training because of some personal issues which he is expected to sort out before returning to join his teammates soon.

Awako, 30, was instrumental for cross-town rivals Accra Great Olympics, in the 2020/2022 Ghana Premier League season, contributing a combined 23 goals and assists in all competitions as the club finished 6th last season.

Speaking to Angel FM, Yussif Chibsah said the absence of Awako from Hearts’ camp is not financial and both parties will know the way forward.

“Hearts of Oak gave Awako permission to hold personal training. We won’t address issues in public. It has nothing to do with financial obligations. Hearts paid everything to the player.

“It’s likely he may play or may not play for Hearts but we have to meet the club to discuss his future.”