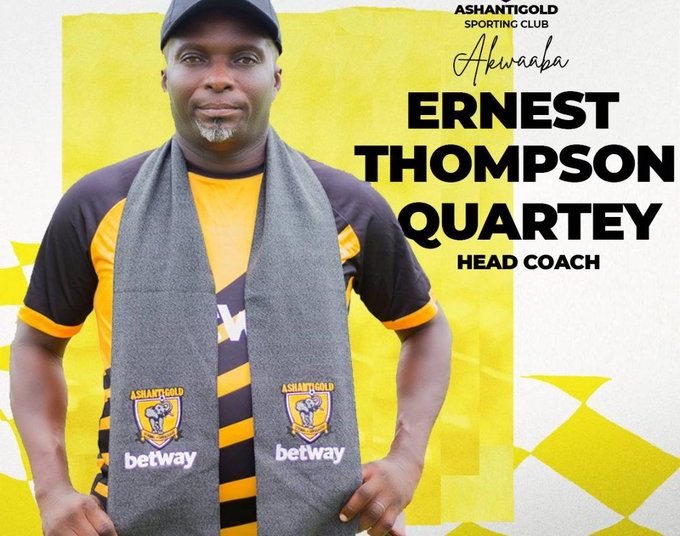 Ghana Premier League side, AshantiGold SC have reached an agreement with former Ebusua Dwarfs coach, Ernest Thompson Quartey to become the club’s new head coach ahead of the 2021/2022 season.

Quartey has signed a two-year contract with the miners and is expected to take charge of the team with immediate effect.

The Kumasi based club announced the appointment via their official twitter handle on Thursday morning.

The Obuasi based club changed coaches about five times before the end of the 2020/2021 season and finished 9th on the league table.

Roberto Landi, Milovan Cirkovic, Romain Folz, Sarfo Castro and Thomas Duah all took charge of the club at some point in time during the last season.

Thompson Quartey returns as a head coach in the Ghana Premier League after leaving Ebusua Dwarfs in June this year.