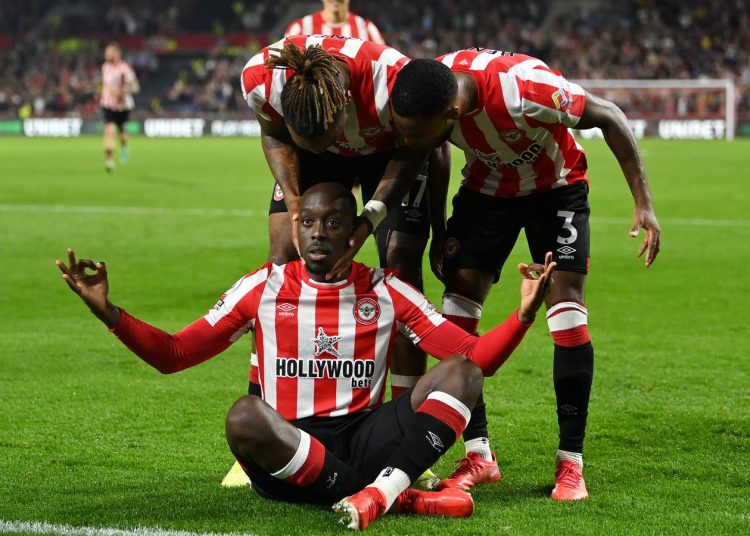 Yoane Wissa scored a late equaliser as Brentford held Liverpool to a draw in a thrilling encounter at the Brentford Community Stadium.

Wissa’s dinked finish over Alisson rescued a point for the hosts, who matched Jurgen Klopp’s team for long spells and created enough opportunities to claim all three points.

Mohamed Salah’s 100th Premier League goal for Liverpool put the Reds ahead for the first time in the match, only for Vitaly Janelt to equalise once more after Pontus Jansson had rattled the crossbar.

Curtis Jones restored the visitors’ lead with a long-range drive that took a wicked deflection off Kristoffer Ajer on its way in, but Brentford – and Wissa – had the last word.