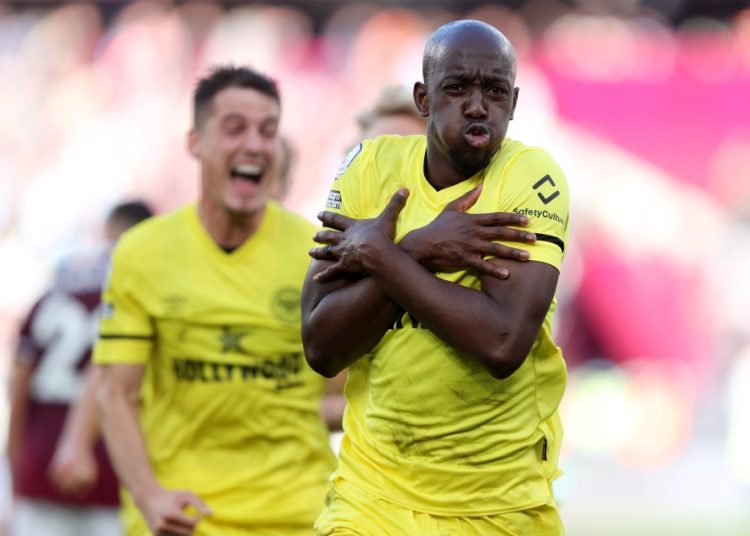 Brentford are winning over plenty of fans this season and it’s easy to see why as they claimed a last-gasp winner against West Ham at the London Stadium.

Bryan Mbeumo scored in the first half as the Bees dominated the early exchanges at their London rivals.

Jarred Bowen got the equaliser with 10 minutes to go and it looked as though the game was heading for a draw.

It lifts them up to seventh in the Premier League table, taking 12 points from their opening seven games.

They are winning plenty of new fans with the excellent football they are playing this season.

Even die hard Hammers fan, and talkSPORT report, Ian ‘The Moose’ Abrahams was impressed with what he saw from Thomas Frank’s side and said: “What an astonishing team they are.”

Mbeumo got the Bees up and running and squeezed a sliding effort just over the line to hand Brentford a 1-0 lead after 20 minutes.

Ivan Toney’s through ball sent Sergi Canos in one-on-one, only for Lukasz Fabianski to produce a smart save.

The West Ham keeper could only parry the shot however, and Mbeumo reacted the fastest to slide the ball just over the line.

The Hammers had pressed throughout the second half and finally forced the breakthrough, with Bowen drilling home after a half-cleared corner.

Both teams had chances to get a winner and could, and should, have scored more during the game.

The winner eventually came from Wissa who thumped home a goal in added time for Brentford.

And substitute Wissa blasted into the net to stun the hosts and snatch all three points.