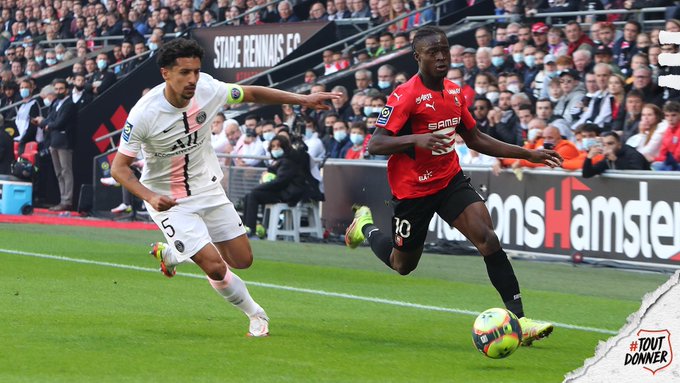 Sulemana was making his 9th appearance for Rennes in the French League after his joined the club from Norway.

After a good start to the match that saw Bruno Genesio’s Rennes match PSG, they took the lead in first half stoppage time and it was thanks to Sulemana’s efforts.

He set up Gaetan Laborde with a lovely cross from the left and the forward steered the home past Gigi Donnaruma in goal for PSG.

Rennes quickly made it two through Flavien Tait in the 48th minute. PSG thought they had found a way back into the match but Mbappe’s goal was ruled out for offside.

The result meant that PSG’s perfect start to the league season had been snapped by Rennes who moved up to 9th on the table.