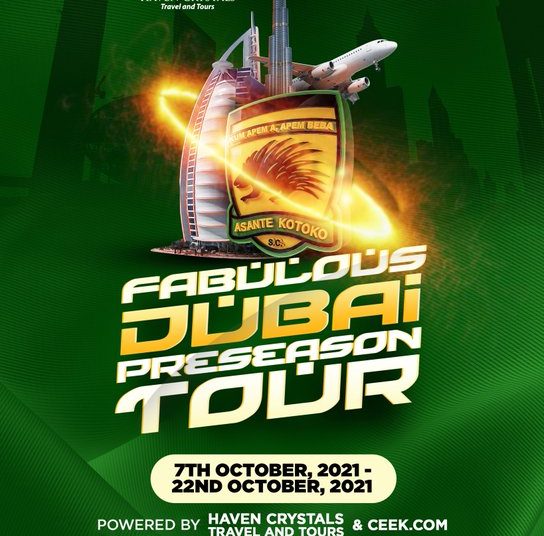 Kumasi Asante Kotoko have announced they will hold a pre-season tour of the United Arab Emirates city of Dubai ahead of the start of the 2021/2022 Ghana Premier League season, the club has announced.

The Porcupine Warriors will spend two weeks in Dubai where the are expected to put finishing touches to their pre-season training before the start of the GPL on October 29, 2021.

The trip is being organized in connection with Haven Travel and Tours.

Kotoko opened their preseason camp in Kumasi two weeks ago and moved it to Accra over the weekend.

Judge Jordan Ayew on contributions and not goals? Here's what the numbers say...