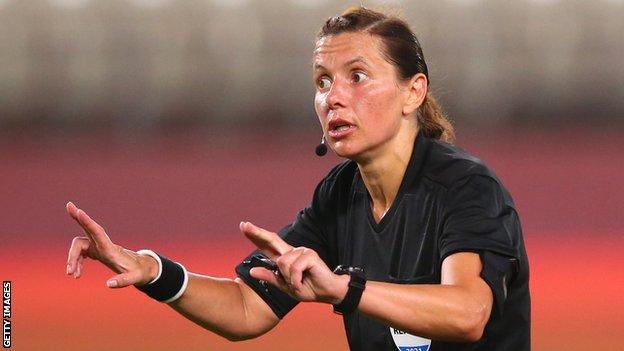 An all-female team of on-field officials will take charge of Saturday’s World Cup qualifier between Andorra and England.

Ukraine’s Kateryna Monzul will be the referee while compatriots Maryna Striletska and Svitlana Grushko have been named her assistants.

In addition, Stephanie Frappart of France is the video assistant referee.

It will be the first time a senior England men’s international match has had all women officials.

Two men are part of the wider officiating team, with Denys Shurman the fourth official and Viktor Matyash the assistant VAR.

In 2016, she became the first woman to officiate a men’s top division match in Ukraine and has refereed at Women’s World Cups and European Championships.