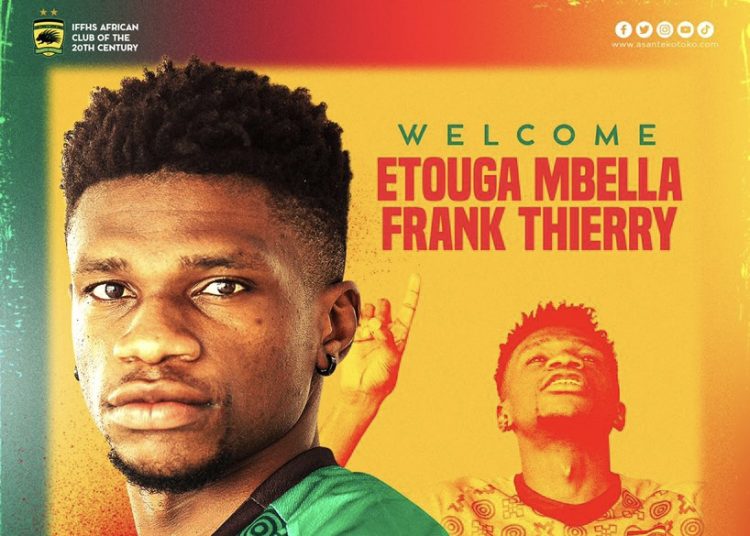 Kumasi Asante Kotoko have announced the signing of two Cameroonians forwards ahead of the start of the 2021/2022 Ghana Premier League season.

Cameroon U-20 star, Mbella Etouga and Mefegue Georges have joined from AS Fortuna and Avion Academy respectively.

Both players have joined the Porcupine Warriors on three year deals.

Kotoko announced the deals on their official Twitter page on Monday.

We are delighted to announce the signing of Cameroonian 🇨🇲U20 forward Mbella Etouga🔥
The 20yr old joins us on a three year deal from AS Fortuna in the Cameroonian top-flight.#WelcomeEtouga #AKSC #TogetherWeCan pic.twitter.com/Mq4qxu77Yf

The Cameroonian🇨🇲 goal poacher 🎯joins us from Avion Academy on a three-year deal.#WelcomeMefegue#AKSC #TogetherWeCan pic.twitter.com/GvrKzRof61

Asante Kotoko Head Coach, Prosper Nartey Ogum, will be hoping the two can help bolster his side’s attacking options ahead of the new season.