2022 AWCONQ: Black Queens knocked out despite spirited victory over Nigeria 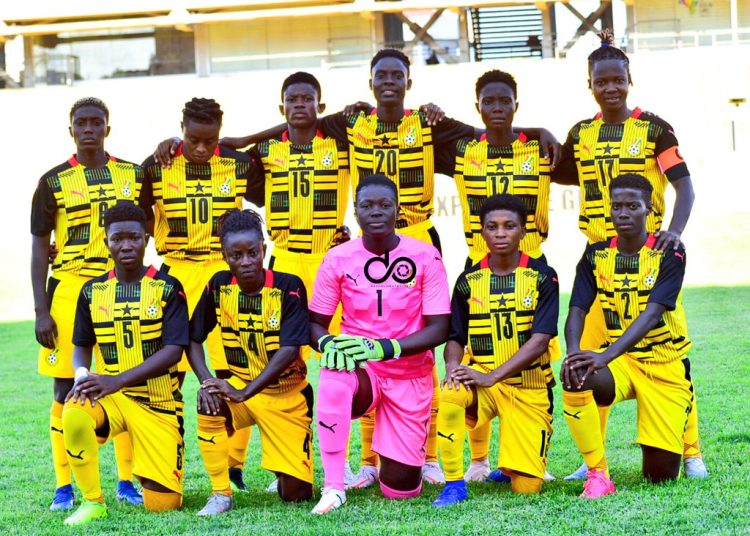 Ghana’s Black Queens beat Nigeria 1-0 at the Accra Sports Stadium on Sunday evening in the second leg of the Women’s Africa Cup of Nations Qualifiers but it was not enough to progress them to the next round.

Ghana needed to win by 3 goals or more after losing the first leg in Nigeria 2-0 via Uchenna Kanu’s brace.

The result means Nigeria win the tie 2-1 on aggregate and progress to the next stage where they will face Cote D’Ivoire or Niger.

The second leg of that tie will take place tomorrow with Ivory Coast already leading the tie 9-0 from the first leg.

The Black Queens dominated proceedings in the first fifteen minutes, looking more likely to score than the Super Falcons.

Star player Asisat Oshoala didn’t see much of the ball in the first half.

The first half would end in a goalless draw with Ghana dominating play.

Mercy Tagoe’s women returned in the second-half determined to overturn the deficit and found the back of the net almost immediately through Princella Adubea who finished brilliantly at the far post after an inviting cross from Animah in the 47th minute.

The Black Queens had a couple more chances to overturn the tie but failed to find the back of the net.

Ghana were reduced to 10-women in the 64th minute after captain Portia Boakye was given a red for her second yellow for a foul on Asisat Oshoala.

However just a few minutes later, Chaos ensued at the stadium when the referee failed to book a Nigerian player for a foul committed causing some uproar from the Ghanaian players.

After so much confusion, the referee finally gave Gloria Ogbana a second yellow, resulting in a red card and the Super Flacons reduced to ten players as well.

The Black Queens had several opportunities to double the lead but unfortunately could not find the back of the net.

The game would end in victory for the Black Queens but the win was not enough to progress them to the next stage of the qualifiers.