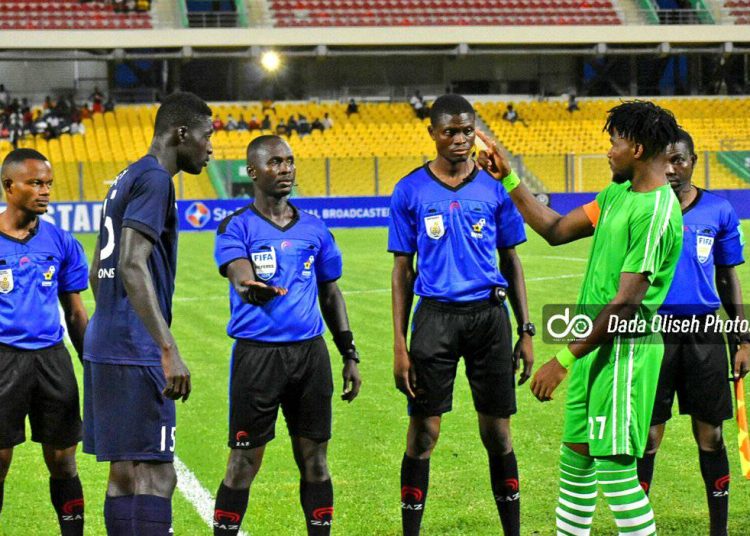 Newcomers Accra Lions came from behind to secure a 1-1 draw against Elmina Sharks in the opening fixture of the 2021/2022 Ghana Premier League on Friday night at the Accra Sports Stadium.

Michelle Sarpong, who is on loan from Accra Hearts of Oak and Rauf Salifu both found the back of the net for their respective teams.

The first half produced some entertaining football from both teams but they were unable to find the back of the net, with Accra Lions goalkeeper Appiah Kubi coming up with two brilliant saves to prevent his side from going down in the first half.

Michelle Sarpong broke the deadlock for Elmina Sharks in the 64th minute and who looked to be heading to victory before Accra Lions drew level late in the 80th minute through Rauf Salifu, who scored on his debut in the Ghana Premier League.

Salifu scored  21 goals in the Division One League last season to help Lions to earn promotion to the top flight.