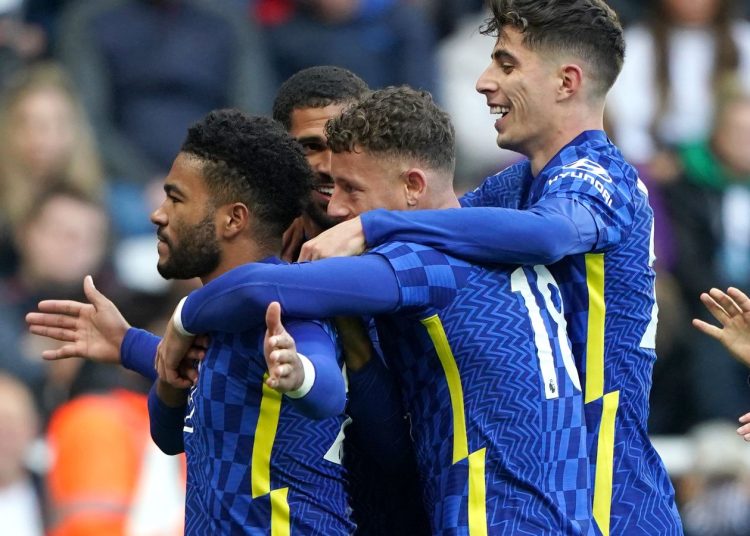 A powerful double from Reece James and a Jorginho penalty helped Chelsea strengthen their grip on top spot in the Premier League with a 3-0 win away to a Newcastle side who will now be dreading a relegation battle.

Chelsea had dominated the first half at St James’ Park, with Kai Havertz and Hakim Ziyech failing to convert a good James cross, and hit the post at the start of the second when a deflection on Ziyech’s shot left Karl Darlow stranded.

However, just as their frustration was beginning to grow, James (65) came up with the breakthrough, firing in a superb strike at the back post with his left foot. The wing-back then lashed home with his right (77) for his fifth goal across all competitions this season to put the Blues in complete control.

Chelsea’s superiority was finally reflected in the scoreline when Jorginho (81) stroked in a penalty after Darlow brought down Havertz, capping a good day for Thomas Tuchel’s side, who capitalised on Manchester City’s shock defeat at home to Crystal Palace and Liverpool’s draw with Brighton.

In contrast, there were some boos from the home fans at full-time, with their still-winless side second-bottom and now facing up to a scrap for their Premier League status.

EPL: Brighton come from behind to draw at Liverpool