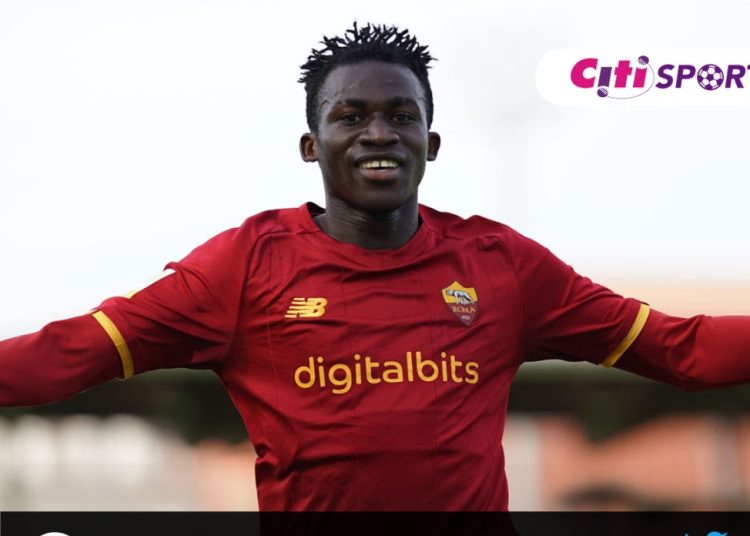 AS Roma has congratulated their 18-year-old starlet, Felix Ohene Afena-Gyan after he was called up to the Black Stars of Ghana for the first time.

Afena-Gyan has been on an impressive run of form for the Giallorossi’s youth side, scoring for fun in the last five games.

His six goals saw him noticed by Roma manager Jose Mourinho, and the Ghanaian youngster made his senior debut in the club’s 2-1 win over Cagliari, replacing Matias Vina in the 57th minute when his side were trailing 1-0.

He made another appearance in Roma’s last Serie A game in their 2-1 loss at AC Milan.