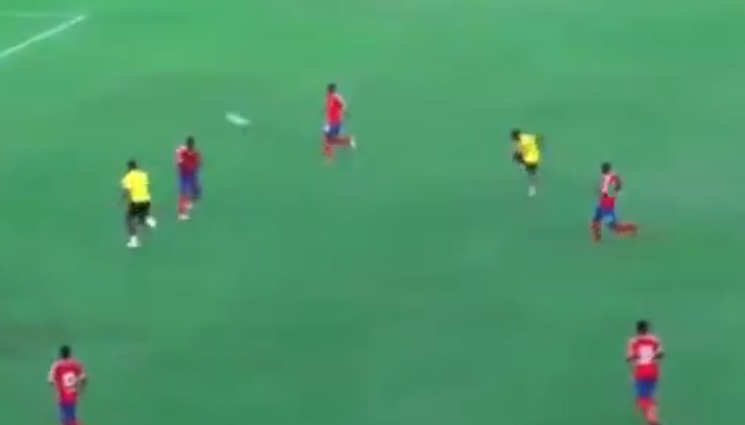 Teenage sensation, Abdul Fatawu Issahaku scored an absolute peach of a goal when the Black Stars of Ghana entertained Golden Kicks on Monday, November 9, 2021 at the Accra Sports Stadium.

The game formed part of the preparations of the Black Stars as they face Ethiopia on Thursday afternoon and South Africa on Sunday evening in the final group stage games in the 2022 World Cup qualifiers.

Issahaku, 17, who joined Dreams FC from Steadfast FC has been in impressive form, scoring two goals in two games in the just started Ghana Premier League, including a sublime one against Asante Kotoko.

In the friendly game played behind closed doors , the forward picked a miscued pass with his chest, pushed the ball with his foot before unleashing a ferocious shot to secure Ghana’s fifth and final goal of the game in a 5-1 win.

Ghana is currently in South Africa to face Ethiopia before hosting the Bafana Bafana in Cape Coast three days later.

2022 WCQ: We will give our best to secure qualification – Milovan Rajevac

2022 WCQ: We will give our best to secure qualification - Milovan Rajevac