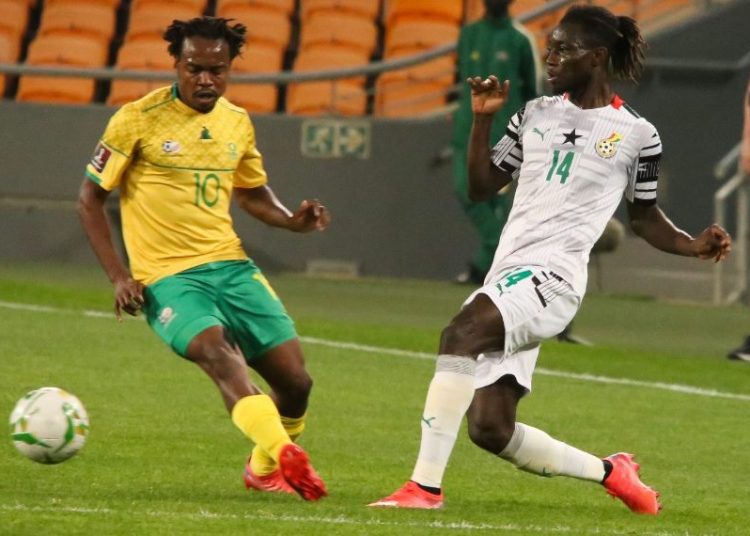 The Black Stars were held to a 1-1 draw by Ethiopia in the other group game; and will now enter the last game 3 points behind leaders South Africa.

We breakdown what both Ghana and South Africa and Ghana need to do against each other in their final World Cup qualifying game to end on top of Group G.

Hugo Broos’ Bafana side now head into their final game, away to Ghana at the Cape Coast Sports Stadium on Sunday evening, with their tails up.

Following Thursday’s matches, South Africa are on 13 points, three above Ghana, who have 10.

Bafana’s goal difference is plus five, while Ghana are on positive three.

Therefore, a win for South Africa or a draw will see them advancing to the final play-off round as Group G winners, where they will play one of the other nine group winners on a home or away basis.

If Ghana win, the teams will end on the same number of points, and according to the updated Fifa regulations, goal difference is the next permutation.

That would mean that should the Black Stars win by two or more goals, they will finish above South Africa on goal difference.

However, there is a slight twist should they win by a one-goal margin, when the next permutation comes into play which is the ‘greatest number of goals scored in all group matches’.

With SA and Ghana currently having scored six goals, even a one-goal victory would in fact be enough for the Black Stars, as they would be on equal goal difference with Bafana, but would have scored more goals.

Basically, South Africa cannot afford to lose – any draw or win would see them through, while the Black Stars need a win, no matter what scoreline is achieved.

Below are the full Fifa rules on the matter:

In the league format, the ranking in each group is determined as follows:

a) greatest number of points obtained in all group matches;

b) goal difference in all group matches;

c) greatest number of goals scored in all group matches. If two or more teams are equal on the basis of the above three criteria, their rankings shall be determined as follows:

d) greatest number of points obtained in the group matches between the teams concerned;

e) goal difference resulting from the group matches between the teams concerned;

f) greater number of goals scored in all group matches between the teams concerned;

g) the goals scored away from home count double between the teams concerned (if the tie is only between two teams);

i) drawing of lots by the FIFA Organising Committee Preliminary competition organisation.