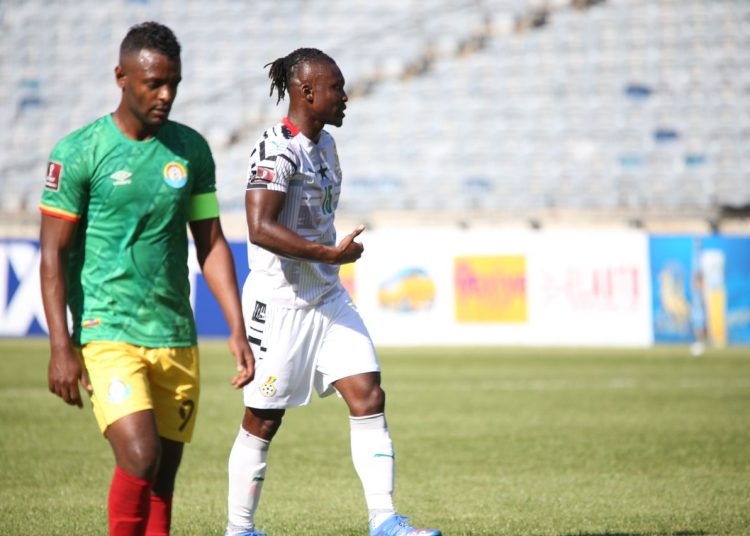 It could have and would have been so easy for Ghana heading into tonight’s crucial World Cup qualifier against South Africa if matters in South Africa had panned out the way it was expected to.

A draw against Bafana Bafana in Cape Coast later today would have been enough to get Ghana through to the next stage of the World Cup qualifiers had the Black Stars beaten Ethiopia a few days back.

However, that wasn’t the case as Ghana drew 1-1 with Ethiopia in an average at best performance flipping the script to a tense situation where a draw isn’t enough to get through to the final stage of qualification games. On the other hand, South Africa needs to avoid a loss and they are through; Ghana needs anything but a win and that is sure not to come easy against the Head Coach yet to lose against Ghana.

Hugo Broos led Cameroon to beat Ghana at the 2017 AFCON semifinals and beat Ghana in the first leg of the double header when the Black Stars were led by then Head Coach CK Akonnor. Making matters more difficult for the Stars to beat South Africa at least on paper, is the deficiency Stars Head Coach Milovan Rajevac is sure to encounter when setting his team up tactically for the game.

While the opposition is the weakest in the group, the Black Stars looked and played better against Zimbabwe in spite of very limited time with Rajevac following his return to the head coaching role. After spending more time together, the Stars were generally poor against Ethiopia and the main reason behind that goes beyond the absence of Thomas Partey.

Against Zimbabwe, the Black Stars operated with a three man central defensive backline despite lining up with four men at the back on the tactical sheet. Alexander Djiku, Daniel Amartey and Jonathan Mensah manned the back pushing Baba Rahman into a wing back role with Kamaldeen Sulemana and Kudus Mohammed overloading that end of the field. Little surprise, Ghana’s best chances were created down that flank build ups to all three goals in Cape Coast against Zimbabwe started down that flank.

Mensah isn’t available tonight, Djiku is but the Strasbourg player’s return from suspension isn’t enough for Rajevac to put Ghana in the best tactical position to win the game. Had Joseph Aidoo performed well in 16 minutes against Zimbabwe in Harare and in the entire contest against Ethiopia, Rajevac would have been able to play Aidoo, Djiku and Amartey in defence. A 3-4-3 formation works best for the Black Stars with Rahman, Mubarak Wakaso, Baba Iddrisu and Kudus in midfield with Kamaldeen, Andre Ayew and Jordan Ayew leading the front line.

Playing Andre Ayew further away from goal reduces the Captain’s impact on the field; with his pace fully ebbed but efficiency in front of goal at the highest point of his career. Playing him in midfield against Ethiopia hurt Ghana especially in the second half when the East African nation started to dominate possession. The 3-4-3 formation is the best for the Black Stars as it provides a balanced lineup of four attackers and four defenders with two players (Wakaso and Baba Rahman) oscillating between the two sides. For a man keen on organization, Milovan Rajevac would definitely welcome this formation.

Andre ought to start as the central forward in place of Richmond Boakye-Yiadom who didn’t deliver on his return to the Stars. In a crucial game with Ghana needing all three points to progress, Rajevac is very likely not to start Aidoo who gave possession away in the build up to Ethiopia’s equalizer and delivered an equally shaky performance in the previous game against Zimbabwe. As such, Milo is sure to lean towards a 4-2-3-1 formation in Cape Coast tonight with Djiku replacing Aidoo in the backline that started against Ethiopia on Thursday.

Wakaso and Iddrisu would play just ahead of the defence while Kamaldeen, Kudus and Jordan Ayew play in behind Andre Ayew.  This setup isn’t bad but it limits the all round action tendencies of Wakaso who occasionally breaks the line in the course of games. While admirable, it hurts the team’s organization and exposes the backline to swift South African counter attacks. Playing Edmund Addo on his home debut in these circumstances is very risky and very unlike Milovan Rajevac who had issues playing Philemon Baffour-another youngster – to avoid mistakes born out of naivety against Zimbabwe.

If the Zimbabwe double header was so crucial to prevent a youngster from making his debut, then a must win game against a very dangerous opponent isn’t a place for another making his home debut for the Stars. Conversely, Addo could make the starting 11 and remind all he is a worthy and legitimate Black Stars material and the other youngster isn’t.

Without Partey and Jonathan Mensah, the Black Stars have more than enough quality to progress to the next stage of the 2022 World Cup qualifiers but they would have been at their best to see of South Africa if Aidoo didn’t play poorly against Ethiopia.

2022 WCQ: “We are sure of qualifying” – South Africa coach Hugo Broos