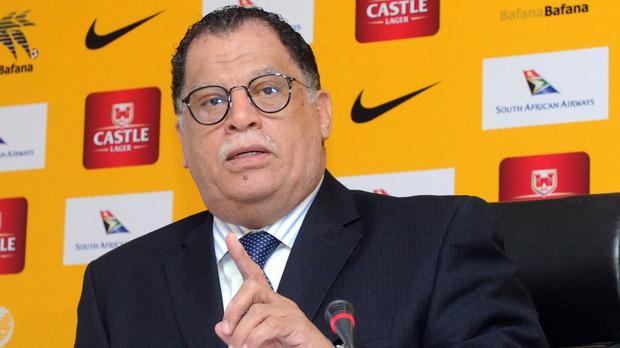 President of the South Africa Football Association Danny Jordan says they will not utilize the influence of CAF President Patrice Motspe in their bid to get FIFA to order a rematch of their final World Cup qualifier against Ghana.

South Africa have sent a petition to FIFA seeking a rematch of their final world cup qualifier played on November 14 which saw them lose by a lone goal to nil after conceding a penalty.

They have cited match manipulation and bias officiating from referee Marguette Ndiaye.

According to Danny Jordan, involving Motsepe in the matter will compromise the merit of their case.

“I have not spoken to him on this matter.

“He is the President of CAF, we have placed our matter before FIFA.

“We must build our case on an objective basis and that’s why we are not using any internal people.

“We must not involve the CAF President opportunistically because if he was not from South Africa and from some other country there would not have been a call to say: “cant you go to the CAF President.

“We are not going to him and he must not get involved.

“We are a member of CAF and FIFA and we have hosted a World Cup so we can fight our battles,’ he revealed at a Press Conference organized to share updates on their petition to FIFA.

Meanwhile. FIFA have confirmed that they will review South Africa’s 1 – 0 defeat at the hands of Ghana which sent Ghana through to the Playoffs.