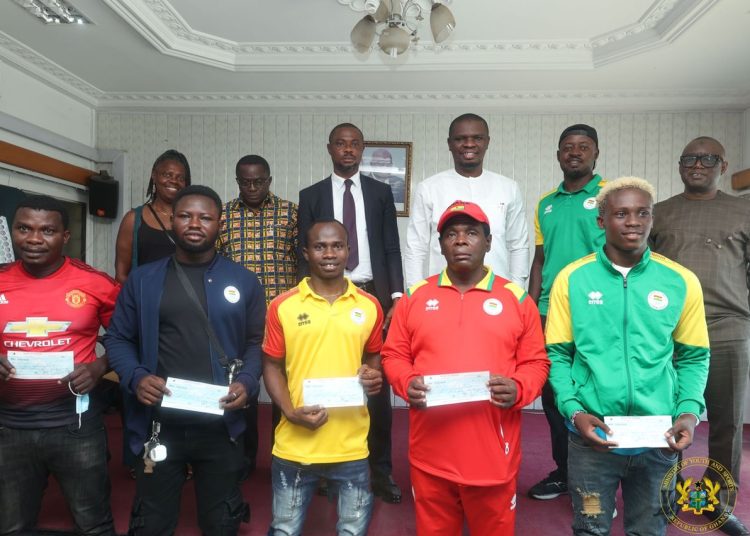 The Minister for Youth and Sports, Mustapha Ussif has presented the prize package from President Akufo-Addo to the Tokyo 2020 Olympics Team.

This follows a pledge of cash to the team and a vehicle to the Bronze winner, Samuel Takyi during a courtesy call on the President at the Jubilee House
At a brief ceremony at the Sports Ministry, the sector minister reiterated that government is committed to the development of sports and sporting activities across the country. 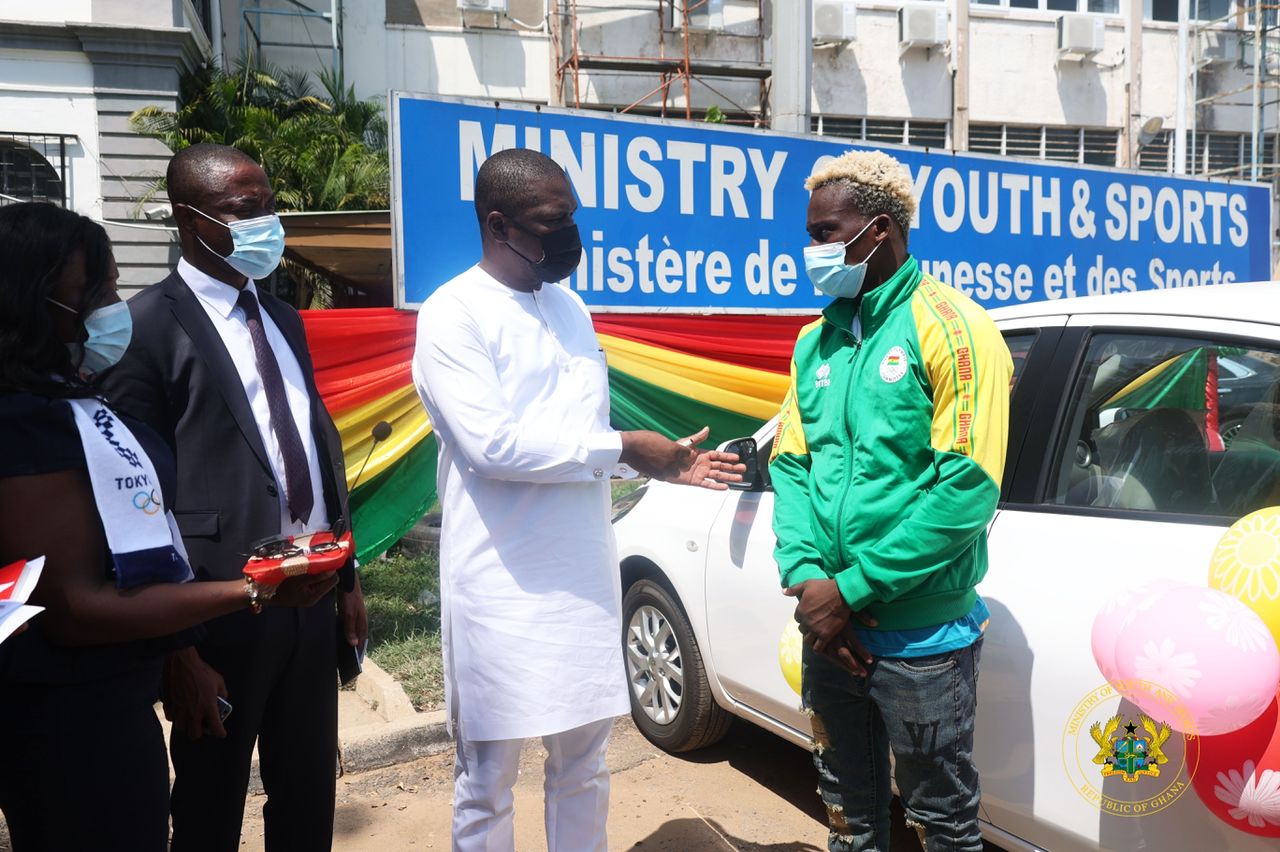 This he said will help position the sector in the economic transformation agenda.

“We are here this morning to present the equivalent of Ten Thousand United States Dollars (USD10,000.00) in Cedis, a brand new Nissan Sunny to Samuel Takyi, and equivalent of Five Thousand United States Dollars (USD5,000.00) in Cedis each to his other colleagues and coaches numbering twenty-one (21),” he stipulated.
In total, an amount USD 20,000 was set aside for Samuel Takyi’s professional and career development. Again, some USD 150,000,00 was spent on the athletes and coaches as a presidential package for ending the country’s 29-year Olympics medal drought.

“These packages presented to you aren’t the team’s bonuses but the motivational packages promised by the President of the Republic during the courtesy call to him at the Jubilee House. Bonus and allowances were paid fully in time during the games in Japan,” the Minister added.

Mr. Ussif also admonished the team members to stay away from drugs and remain dedicated to their training as the government puts in place the necessary arrangements to host the African Games 2023 and also qualify for the Commonwealth Games in Birmingham next year.

On his part, the President of the Ghana Olympic Committee, Ben Nunoo Mensah thanked the President and the minister for the gesture.

“You have always been there for us,” he added.

Mr. Samuel Takyi also thanked the President and the Minister for the continuous support and commitment shown to his team.
He assured the President of the team’s determination to bring home the gold prize in the Commonwealth Games in Birmingham next year.

'Be honest to South Africans, you lost to a better team' - GFA shades SAFA in fiery response