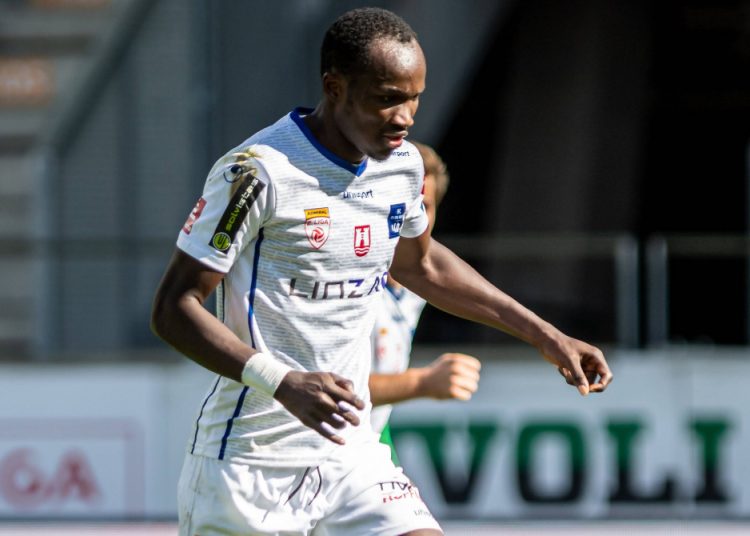 The contract of Ghanaian striker, Raphael Dwamena has been terminated by Austrian second tier side, FC Blau-Weiß Linz.

The 26-year-old and the club mutually agreed to end their relationship following his recent heart problem which has been reoccurring over the years.

Dwamena had to be carried off on a stretcher and rushed to the hospital after an implanted chip shocked him in the game against Hartberg in the OFB Cup.

“There was an appointment this week when we told him and his management that it was no longer an option for us that he is on the pitch for us. The risk is just too great for us,” said the club’s sporting director, Tino Wawra to Laola1.

Wawra added: “We are very sorry for him. Apart from Salzburg, you won’t find a player with the quality of a healthy Raphael Dwamena in all of Austria . It’s a shame that he probably has to think about a final retirement now. He is a great guy, has a top character. That’s why the decision is all the more difficult for us.”

Dr. Prince Pamboe has urged the handlers of Raphael Dwamena to advise him to retire from the game.

“It is time his manager sits with Raphael Dwamena and have a discussion with him. Whatever device was implanted in his heart either could have gotten worse or creating another problem thus there is the need to do a re-evaluation”, he told TV3.