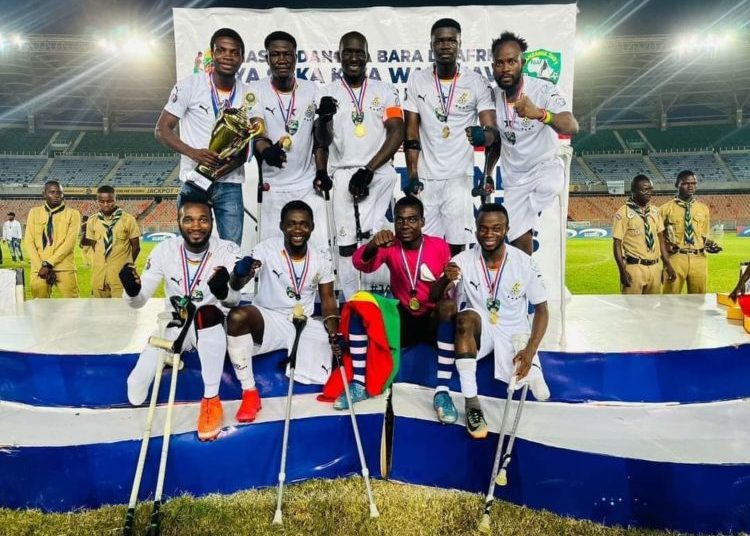 The Ministry of Youth and Sports says they are working to bring back Ghana’s Amputee Men’s Football Team after their Africa Cup of Nations triumph in Tanzania following reports that the team was stranded in the East African country.

The Black Challenge beat Algeria 3-2 in the final to lift the Amputee Africa Cup of Nations.

But, in a video shared by Sports Journalist, Saddick Adams, the captain of Ghana’s Amputee Men’s Football Team, Richard Arthur stated that the 10-man contingent was stranded in Tanzania after their quest for continental glory.

The victorious Ghana Amputee Team in Tanzania tells me they have no money to buy tickets to fly home.

Responding to their calls, the Sports Ministry of Ghana says their attention have been drawn to the video and have contacted the leader of the team to facilitate their return to Ghana with the African Cup of Nations trophy.

Also in the release, the Ministry of Youth and Sports says the “Ghana Amputee Football Association failed to inform the Ministry about the tournament in Tanzania, for the necessary support and facilitation to be extended to the team”. 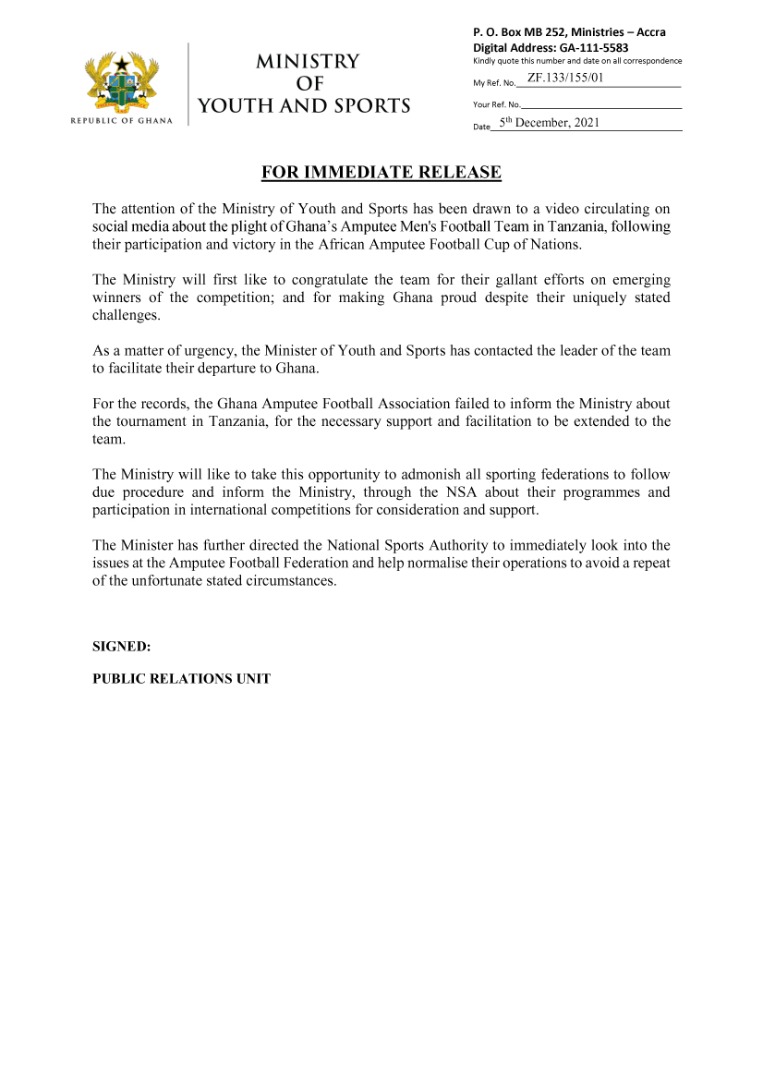 Meanwhile, Citi Sports sources have revealed 8 of the players have returned to their base in Turkey and have been given tickets by the Sports Ministry to fly down to Ghana to present the trophy to the President.

The other two will fly from Tanzania to Ghana.