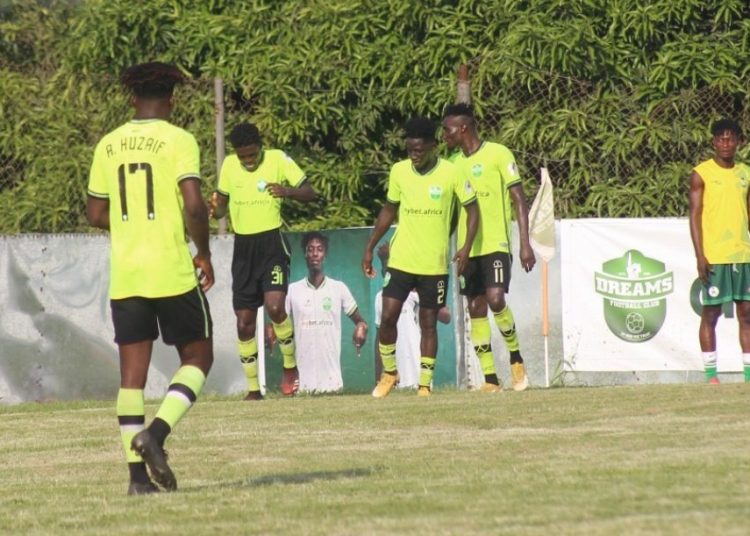 Techiman Eleven Wonders scored a late equalizer to snatch a point against Dreams FC in game week 7 of the Ghana Premier League.

Dreams FC for the major part of the first half controlled the affairs of the game, threatening on a number of occasions.

The second half was more balanced with both sides having decent chances to break the deadlock but failed to capitalize on them.

With two minutes left on the clock, Samuel Boakye found the opener for Dreams FC and was on their way securing bagging all three points back to Dawu.

However, in the late minutes of the game, Abass Ganiu found the back of the net, stealing a point for the Techiman Eleven Wonders at the Obuasi Len Clay Stadium.

The results keep Dreams FC 4th on the league log, with Techiman Eleven Wonders sitting a point above the relegation zone.