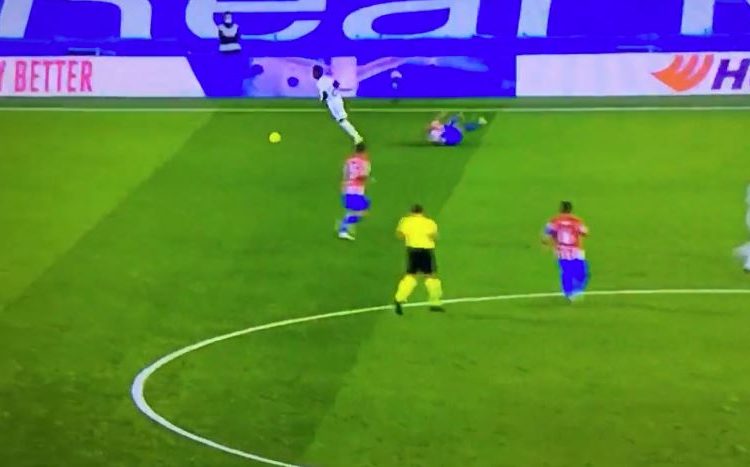 Real Madrid forward, Vinicius Junior is in the form of his life for the Spanish giants.

A goal in Madrid’s previous league game against Real Sociedad was followed by two assists against Atletico Madrid on Sunday.

And it’s not just the goals and assists either.

In the win against Real Sociedad, the Brazilian “ended” Mikel Oyarzabal with a deft flick and on Sunday, Vinicius was up to his usual antics yet again.

This time it was Atletico’s Angel Correa who was the victim of the Brazilian’s magic.

Vinicius executed a stepover fake that caught out Correa and sent him flying, while the Brazilian calmly passed backwards.

Take a look at the move against Atletico below:

Skills and thrills in #RealSociedadRealMadrid… 🔥