This weekend will be known as Spot kick Saturday, after Liverpool, Manchester City, Manchester United, and Chelsea all had to rely on penalties to secure 1 goal wins.

Naturally, some of these decisions were very contentious so this week on the VAR round up we have a special penalty only edition where we will examine some of the more contentious penalty decisions from the weekend.

Before we go into each incident it is necessary for us to go over certain VAR protocols. VAR only intervenes in clear and obvious errors. So, VAR will only intervene where it is completely obvious. The subtext here is that mistakes will still happen, but they will be relatively minor. Minor here does not relate to the outcome of the match but the degree to which you can reasonably expect the referee to spot the mistake without assistance.

Which brings us back to this weekend where Liverpool, City and United all won by solitary goals from penalties, very subjective incidents I will break down. However, there is no conspiracy for big teams to get penalties. The simple truth is that these teams spend more time in the opposition box therefore are more likely to get penalties, it may look coordinated on a weekend like this when they struggle for goals but in some ways, you make your own luck.

The incident: Tyrone Mings and Mohammed Salah engage in a physical battle just outside the box and Mings supposedly brings Salah down. A penalty is given

The controversy here is that Salah initiates the contact before he is seemingly fouled. So, to some the foul should have gone against Salah.

Per my viewing of the incident Salah challenged Mings fairly and dispossessed him, albeit briefly before being fouled.

The incident: Cristiano Ronaldo is bundled over during a set piece, a penalty is given. 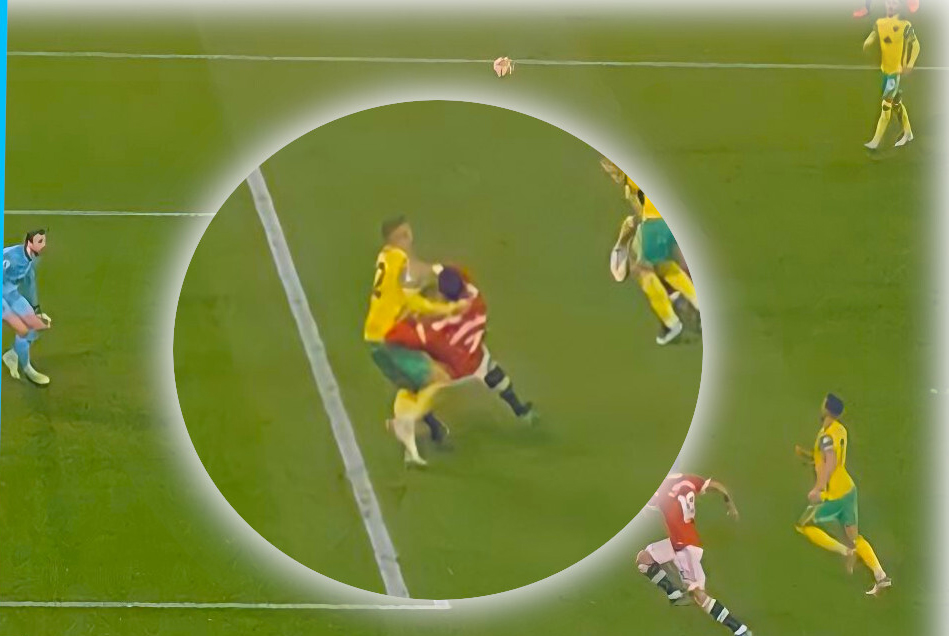 This was also a clear penalty in my eyes. The contact was minimal but Law 12 section 1 states:

A direct free kick is awarded if a player commits any of the following offences:

Given the above, once you hold an opponent you have committed a foul. It must be said that many of these do go unpunished and that is why when they are given, it is so controversial. Often because it does not seem to interfere with players attacking the ball the foul is not given but if the ball comes close to the player being held it is very easy for the foul to be given as was the case here.

The incident: Man City cross the ball and the ball strikes João Moutinho’s “armpit”, replays are inconclusive so the penalty stands 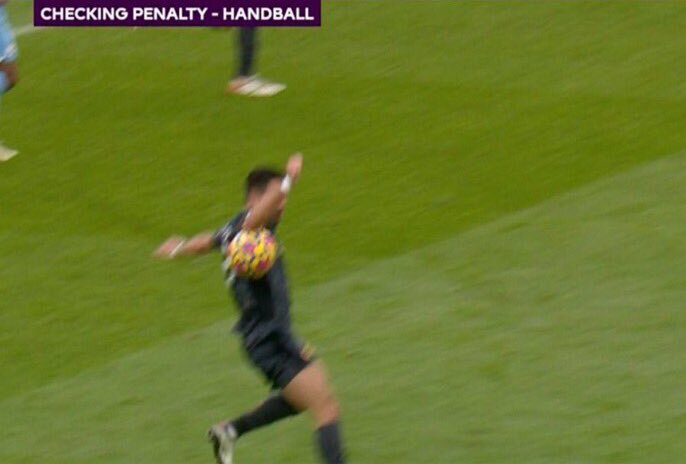 This is the most controversial of the incidents that will be covered this week.

There are two main issues here because of the arm position and the fact that the replay was inconclusive.

For the arm position we must reiterate the new handball rules.

The hand/arm has made the body unnaturally bigger by being in a position which is not a consequence of, or justifiable by, the player’s body movement in that situation This includes when the hand/arm:

So Moutinho having his arm up will mean he falls foul of this part of the directive. The fact that the replays were not conclusive means that the error, if there is one is not clear and obvious. If the VAR cannot tell there is no way the referee on the field would be able to tell and the decision on the field must stand. It was very harsh on Wolves but the referee did not make a mistake in the strictest sense of the word.