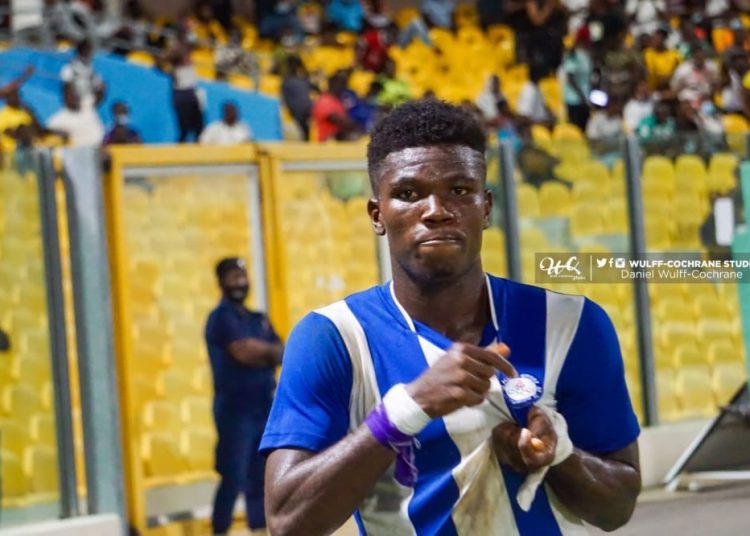 Great Olympics forward, Maxwell Abbey Quaye, believes that his place in the provisional 30-man Black Stars squad for the 2021 AFCON is a just reward for his efforts this season in the Ghana Premier League.

Abbey Quaye was among 5 Ghana Premier League players chosen by Ghana head coach, Milovan Rajevac, to be part of the 30 players who will be looked at before the tournament starts in January 2022.

The player has found the net six times in this season’s Ghana Premier League campaign and he got the first hat-trick of the season as Great Olympics beat Accra Lions 3-1 at the Accra Sports Stadium.

After the announcement of the provisional Black Stars squad on Monday, Abbey Quaye took to Twitter to express his thoughts on being part of the team. He thanked Great Olympics head coach, Annor Walker, and his team mates at the club for their support of his career.

Seeing my name in this provisional list is a big win, all thanks to God, coach Daniel Annor Walker, management of this great team, my team members, the lovely fans and every single person supporting me. At least my hard work is being recognised. We hope for the best 🙏 pic.twitter.com/c7IqY2k2aA

Abbey Quaye and the rest of the Ghana squad will head to Qatar on December 22 for the pre-tournament training camp. Milovan Rajevac will submit his final squad of 28 players to the Confederation of African Football by December 30 and after that, the team will will fly to Cameroon for the AFCON which starts on January 9, 2022.