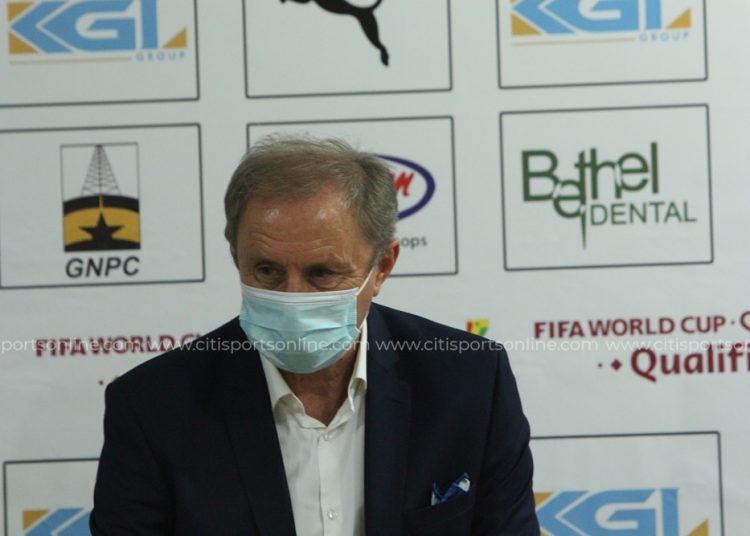 Head coach of the Black Stars , Milovan Rajevac, says the decision to play Algeria as part of preparations ahead of the Africa Cup of Nations is to help the team prepare for the tournament opener against Morocco.

The Ghana Football Association announced the inclusion of Algeria as part of the three friendly games to be in Qatar ahead of the continental tournament to be held in Cameroon from January 9, 2022, to February 6, 2022.

The scheduled game against Algeria will take place on January 5, 2022, in Doha, two days before the team departs for Yaoundé.

Speaking to Citi Sports about the Black Stars’ scheduled game against Algeria, Milovan Rajevac stated that the FA chose Algeria because they have a similar approach to football as Morocco, Ghana’s first opponent in the competition.

“The reason is very simple, we play against Morocco in the first game, and we need to play a team that has a similar approach to football. Before the World Cup in 2010, we played against Bosnia because we had a game against Serbia and so it is the same reason for choosing Algeria. We need to familiarise ourselves with such teams. Also, because I have coached there before, I know the team very well.”

Ghana is in Group C with Morocco, Gabon and Comoros for the AFCON.