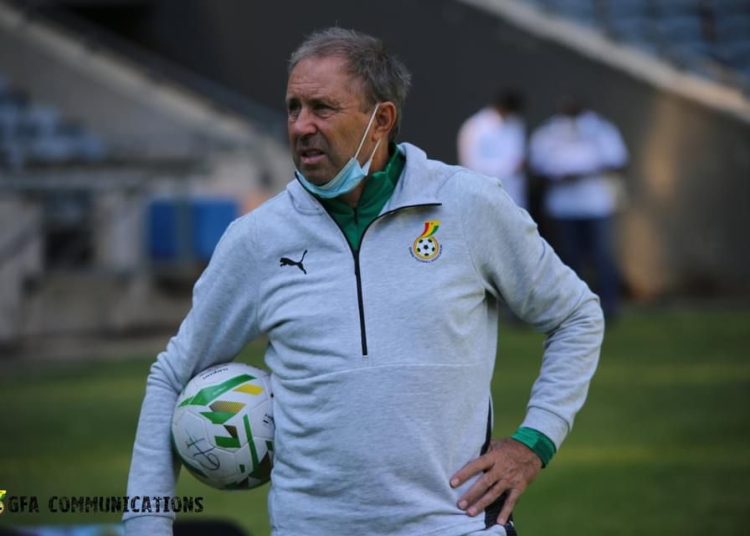 Black Stars head coach, Milovan Rajevac, believes that the 30 players he named in his provisional squad for the 2021 AFCON tournament in Cameroon were the best available ones he could put together based on scouting and current circumstances.

Rajevac announced the squad on Monday at a press conference held at the GFA’s headquarters in Accra.

The squad was dominated by regular and well-known names like Andre Ayew, Thomas Partey, Baba Rahman and Mubarak Wakaso but it also had some new faces such as Clermont Foot’s Salis Abdul Samed and Khlaid Abdul Mumin of Portuguese side, Vitoria de Guimaraes.

In an answer to a question on whether he was satisfied with the team he had picked and how much work had gone into putting the squad, Rajevac said that the group he put together was the best he could assemble.

“The last month or so was spent focusing on putting the team together, monitoring the players, assessing their form and finding the best solutions.

It is never easy making a decision like this because many players deserved to be in the squad.

We believe that the players we have put together are the best at the moment and I absolutely believe in the players.

Rajevac went on to state that the selections were solely his decisions and that no other parties were involved in the process.

“No one interfered with the selection and it was the same thing in my first time here. I always speak with my assistants and I also speak with the officials at the GFA.

We always have fruitful discussions but no one interferes. I pick my team and no one put pressure on me. This is a team that I and my assistants put together. “

Ghana’s journey to win its first AFCON since 1982 will begin on January 10 when they face Morocco in the first Group C encounter in Yaounde. The Black Stars will then face Gabon on January 14 and close out their group phase with a match against Comoros on January 18.