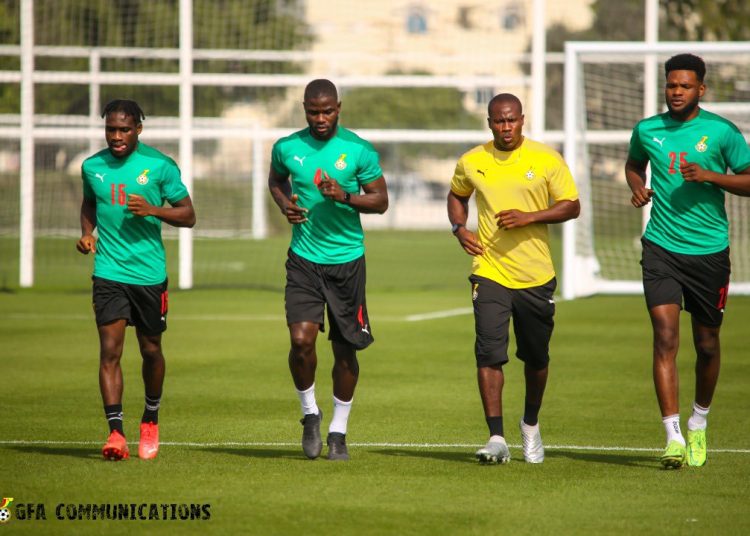 Jonathan Mensah, Joseph Paintsil and Benjamin Tetteh have joined the Black Stars camp in Doha to prepare for the TotalEnergies Africa Cup of Nations.

The trio joined the team’s training at the Aspire Academy grounds to increase the number of players at camp from nine to twelve.

The first training was held indoors on Sunday, December 26, before the team stepped out onto the pitch on Monday for fieldwork at the Aspire Stadium in Doha.

As per the itinerary released by the Ghana Football Association days ago, the Black Stars of Ghana was scheduled to play their first friendly today but the game has been cancelled.

However, an afternoon training session has been outlined for the players at camp today.