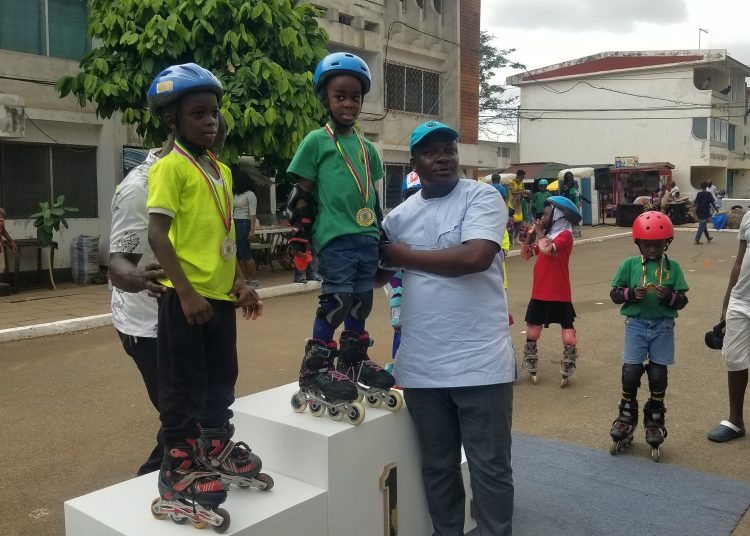 Five-year-old Dromo Quartey was the star of the day as children between the ages of 3 and16 dazzled community members at the SSNIT flats in Sakumono in the second edition of the Sakumono Roller Games.

The extreme sports scene in Ghana has experienced a sharp rise in interest in the last few years. One of such sports that has benefited from this new wave is roller-skating.

The Sakumono Roller Games has been at the forefront of the growth in the sport with its annual, organized by the Sakumono Skating Club.

This year’s event for children aged from 3 to16 years had over 100 competitors, skating for honours in speed, slalom, relays and other formats.

At the end of the day, Dromo Quartey walked away with three gold medals in the 100-metre boy’s race, Slalom and 200-metre races.

Aisha Ibrahim also won the 100-metre race in the female category (6-8) with Akushika Gabor claiming gold in the Slalom event for children aged 6-8.