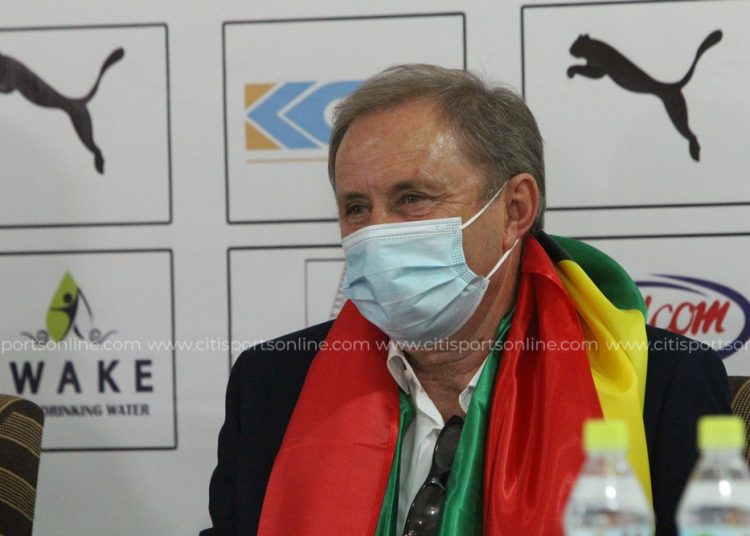 The Black Stars head coach, Milovan Rajevac, has named his final 28-man squad for the Africa Cup of Nations to be held this month in Cameroon.

Of the 30-man provisional squad earlier announced by Milovan Rajevac, only two miss out on the final list to represent the Black Stars of Ghana.

AS Roma youngster Felix Afena-Gyan misses out through personal reasons and Salis Abdul Samed has also been dropped after picking up an injury.

Ajax midfielder Mohammed Kudus has been included despite currently nursing an injury.

Black Stars captain, Andre Dede Ayew, and his deputy, Thomas Partey, who plays for Arsenal FC in the English Premier League, have been called up for the competition.

David Abagna Sandan of RTU, Abdul Mumin of Vitoria Guimarães, Maxwell Abbey Quaye of Accra Great Olympics, and Joseph Paintsil of Gent will also get their first taste of Africa Cup of Nations competition, receiving the first-ever call-ups to represent the country. 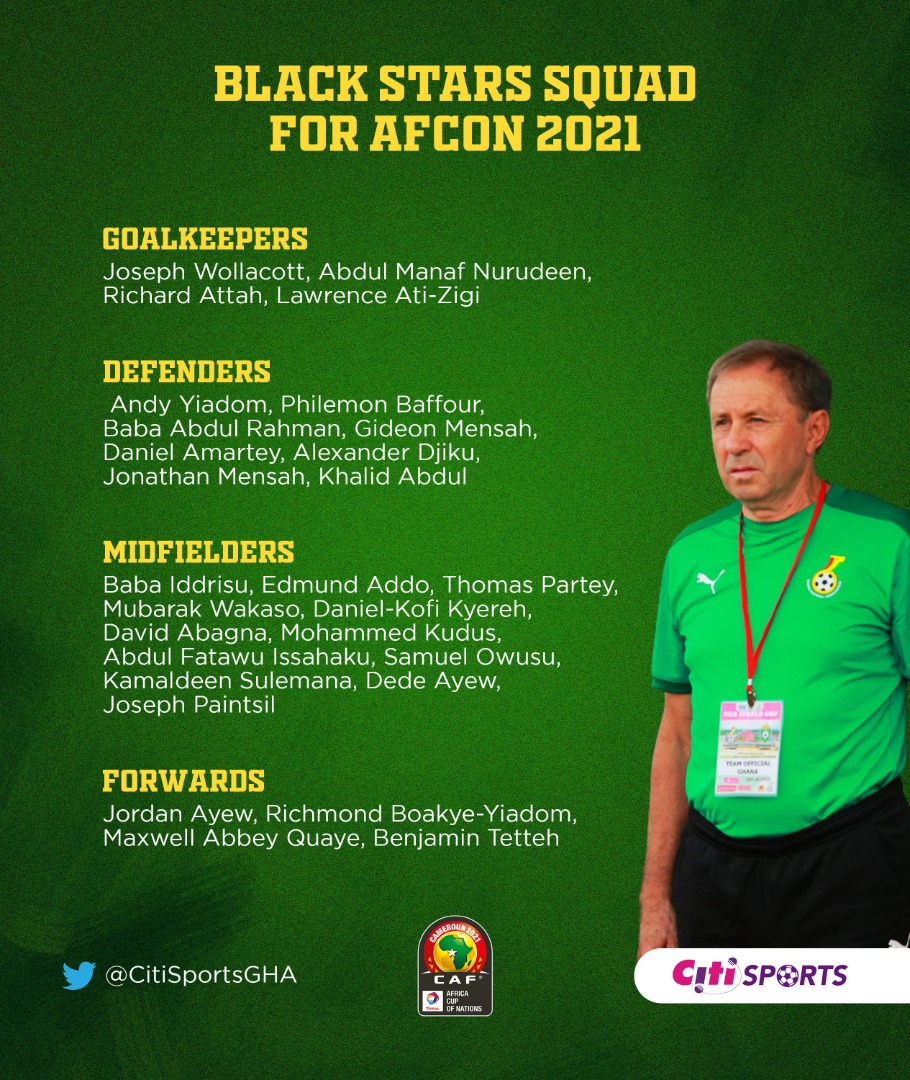