AFCON 2021: “Morocco loss disappointing but we move on”- Andre Ayew 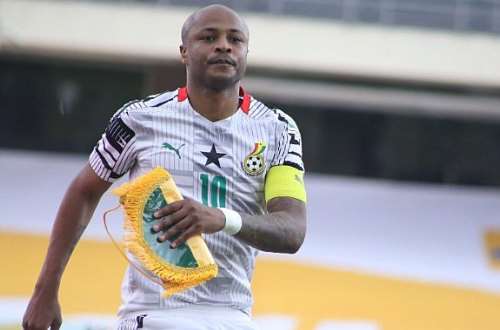 Black Stars captain, Andre Ayew, says the team has to look forward to the rest of their matches in the group even though the loss to Morocco was a bitter one.

Ayew and his team mates gave away a goal to Sofiane Boufal late in the tie to leave the Stars without a point after the first round of matches in the group.

After the match, Ayew told journalists that the result was not the best for the team but there would be other opportunities to right the wrongs and make it out of the group.

“It is a disappointing way to lose a game and concede a goal in the last five minutes but it is the first game. We need to look at our mistakes and do much more.

We have two matches left and I am confident that we will qualify from the group. We believe in ourselves and we believe in what we can do.”

Ayew also revealed that he had been under the weather for some days but he was willing to be available and put in a shift for the team.

He also had a few words of praise for Rennes winger, Kamaldeen Sulemana who was playing in his first AFCON tournament.

“He is a great talent and he has great quality and I believe he will help us a lot in the tournament.

AFCON 2021: “Morocco tie was tough for us”- Milovan Rajevac