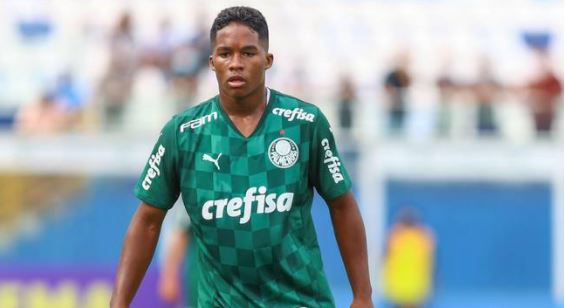 With the transfer window now open, stories of potential moves for various players to big European teams have become commonplace.

Most of the time these stories are clearly untrue, either because the teams have no need for those players or the named players aren’t good enough for those teams.

In one particular case, however, there’s no doubt that the player would fit in pretty snugly at the clubs he’s being linked with.

15-year-old Brazilian starlet, Endrick has been linked with a move to English giants Liverpool or Spanish side Real Madrid.

And based on a goal he scored recently, a move to either club would not be the most surprising thing.

Endrick has scored an astonishing 165 goals in 169 games for Palmeiras’ youth teams and shares an agent with Real Madrid star Vinicius Jr.

Playing against Real Ariquemes ​in the Copinha, Endrick showed great industry to win the ball back, beat one defender and another before dinking the ball past the goalkeeper with a deft flick.

It was a goal worthy of the two clubs and some of their best players.