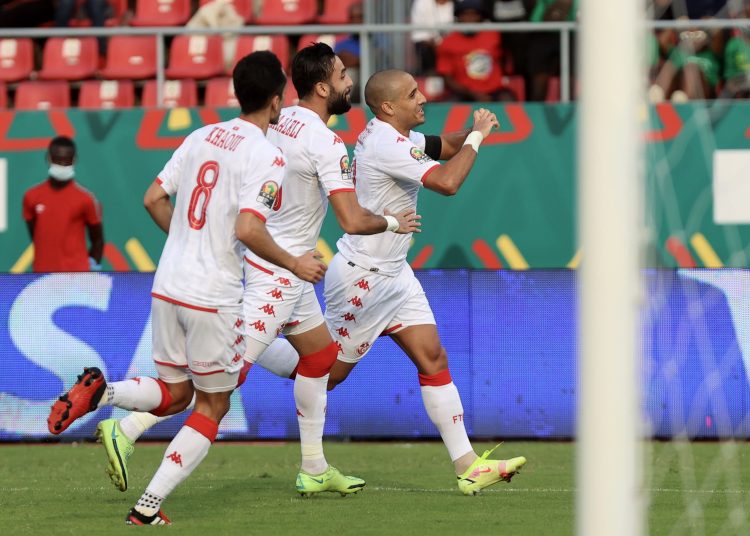 Tunisia bounced back from their controversial opening defeat at the Africa Cup of Nations by brushing aside Mauritania 4-0 in Group F.

Hamza Mathlouthi drove in a half volley in the fourth minute and Wahbi Khazri slotted in a second four minutes later.

Khazri got his second after the break and Seifeddine Jaziri added the fourth.

Tunisia had lost their first game 1-0 to Mali – a match which was ended 13 seconds early – but their protests were dismissed by tournament organisers.

Substitute Youssef Msakni, who featured at his seventh Nations Cup after recovering from coronavirus, missed a late penalty for the 2004 champions, pulling his effort against the left-hand upright.

The Carthage Eagles are just the second team to score four goals in a game at this year’s Nations Cup, after hosts Cameroon, and victory puts them a point behind The Gambia and Mali.

Tunisia faces the Gambians in their final group match on Friday (19:00 GMT), while back-to-back defeats mean Mauritania can no longer reach the last 16.