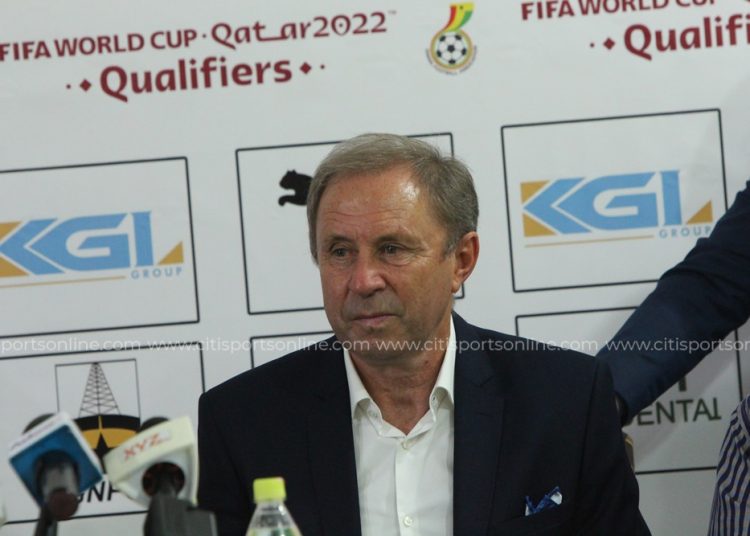 “We have the players we have at our disposal. I take these decisions as I feel, and I stand by them” Under pressure Back Stars coach Milovan Rajevac’s response to why his substitutions came late against Gabon evinces a man entrenched in his ways.

To be fair to Milo, Benjamin Tetteh was being prepared for an attacking substitution in the 88th minute when Gabon struck.

The ‘Milo way’ is known to most Ghanaian fans. It is what we knew we were getting when the GFA parachuted him in as an emergency replacement for CK Akunnor. Milo was hailed while his predecessor was mocked, by no less a person than the GFA President. The move has seemed the right one after Rajevac salvaged Ghana’s flailing 2022 world cup qualifying campaign to put the Black Stars in the play-offs.

The returning ‘messiah’ has however found things tough at the Afcon amidst relentless public pressure on his team. The misgivings started after a humiliating 3-0 loss to Algeria in a warm-up match. One can expect very few sympathisers when you are headhunted for a US$300,000 Afcon bounty.

Ghanaians have a famed short-term memory when it comes to success, and true to form, after two matches at Afcon 2021 that have yielded a miserly 1 point and a goal, the nation is baying for Milo’s blood. “He’s useless” is the verdict of Ghanaian supporters in Cameroon. Some fans have suggested that the team would have been better placed if former captain CK Akunnor was still in charge. Even spiritualists have weighed in with one reportedly declaring that “Ghana will not qualify from the group stages unless they offer a sacrifice”.

The real reasons for the Black Stars malaise at this competition however continue to be conveniently ignored by Ghanaian football fans – In Milovan Rajevac, they have found a most convenient scape goat. The traits that underlined the Milo legend have been largely absent in this second coming. Milo’s ‘call card’ has always been the ability to integrate younger players into his teams and the tactical discipline of his teams evidenced by the meagre number of goals they concede. Above all, Ghanaians used to revel in Milo’s ability to close out games with his compact formations. Ghana’s famed one-goal project from last group stage to the final of Afcon 2010 was down to this doggedness. In contrast the team has recently struggled to hold on to leads. There are only clean sheets against South Africa and Zimbabwe to boast of.

Ghana faces Comoros on Tuesday with several Ghanaians fearing the worst. The coach is however bullish: “We want to stay in the competition, and we will do everything in our power to make it happen”, he said at the pre-match press conference. Milovan Rajevac’s calmness is reassuring and a cue to Ghanaians that there is still fight in the Black Stars.

Milo and captain Andre have been here before. In 2010, Ghana faced Burkina Faso knowing Ivory Coast are already through, and if Burkina Faso won, they would join the Elephants in the quarter-final. A win was the only option for Ghana as draw would put the Stallions through. The Black Stars progressed to the quarter-finals after an unconvincing display, thanks to an Andre Ayew goal. The usual doom predictions followed the next game against Angola, and we all know how that ended. It’s been 11 long years since that feat in Angola, but Milo insists this team “will fight until the last moment”

The irony of all this is whether, should things go south, Milo keeps his job as Ratomir Dujković did in 2006 after a group stage exit and proceeded to steer Ghana to a successful world cup campaign.