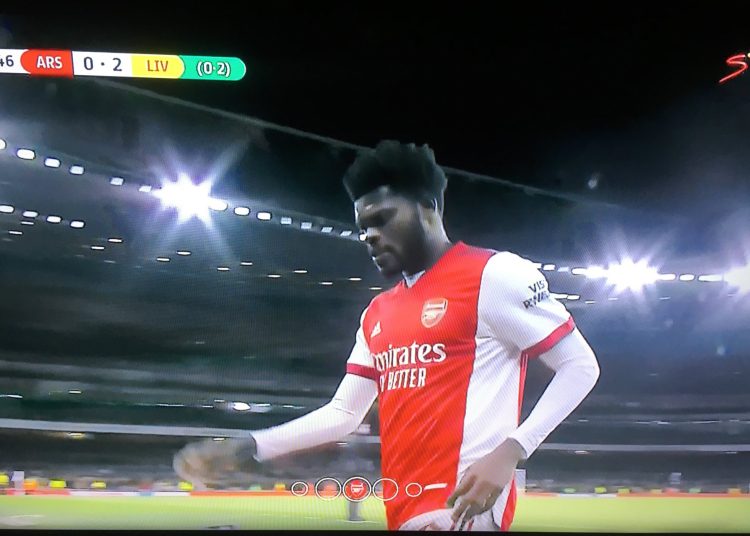 Thomas Partey was sent off for Arsenal in their Carabao Cup defeat to Liverpool 15 minutes after coming on following his return from the Africa Cup of Nations in Cameroon.

Partey featured for Ghana on Tuesday night as they crashed out of the Afcon after a 3-2 defeat to Comoros.

He arrived in London on Thursday afternoon and went straight from the airport to the Arsenal hotel to prepare for the second leg tie against the Reds.

Named on the bench, and with Arsenal trailing 2-0, thanks to a Diogo Jota brace, Partey was thrown into action in the 75th minute.

But he picked up two yellow cards in quick succession in the 87th and 90th minutes and was sent off.

It caps a horrible week for the 28 year old who was still dealing with the disappointment of exiting the Afcon at the group stages.

Liverpool meanwhile will face Chelsea in the Carabao Cup final on February 27, 2022.