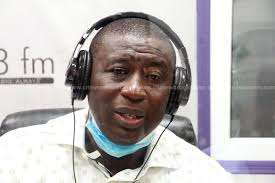 Ghana exited the competition in the group stages without winning a game for the first time in the country’s history.

Speaking on the floor of Parliament, Boamah said the issue needs to be looked at seriously.

“There is also an issue of player discipline, you can’t build a national team where certain players feel they are superior, can break camp rules and expect better results, you won’t get it.”

“You must respect camp rules, people go to camp and do anything and expect the country to win.

“Football has changed, it has become very technical and you have to be disciplined.

The Ghana Football Association have officially announced the sacking of Black Stars Head Coach, Milovan Rajevac following the early exit from the AFCON.

Ayew brothers have not quit the Black Stars – Spokesperson

Ayew brothers have not quit the Black Stars - Spokesperson