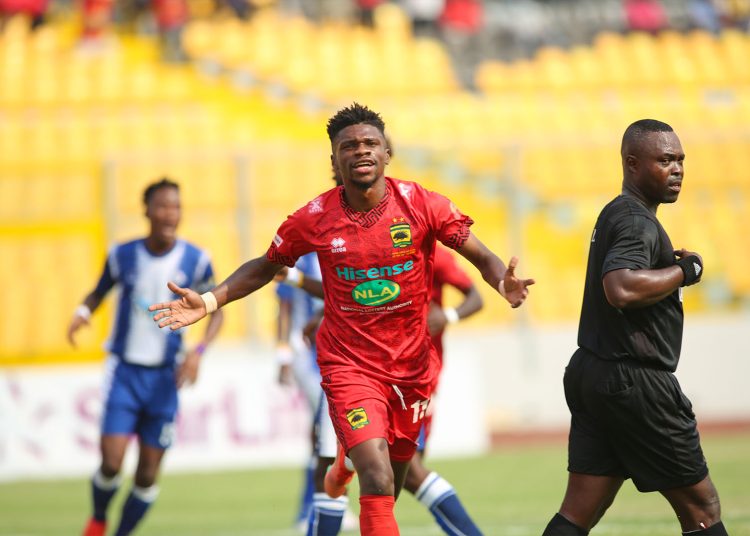 Kumasi Asante moved nine points clear at the top of the Ghana Premier League table with a routine 2-0 win over visiting Accra Great Olympics at the Baba Yara Stadium on Friday afternoon.

Cameroonian striker, Frank Etouga’s first half brace was enough to hand the Porcupine Warriors all the three points, their 6th win in their last seven games.

Etouga won and then converted an early penalty in the 7th minute after he was brought down in the box following brilliant foot work.

In the 34th minute, Etouga made it 2-0, slicing the ball agonizingly off the upright and past the Great Olympics goalkeeper for his 8th goal of the season.

The Porcupine Warriors went into the break comfortably in the driving seat.

The second half failed to produce any further goals as Prosper Nartey’s men wrapped up victory.