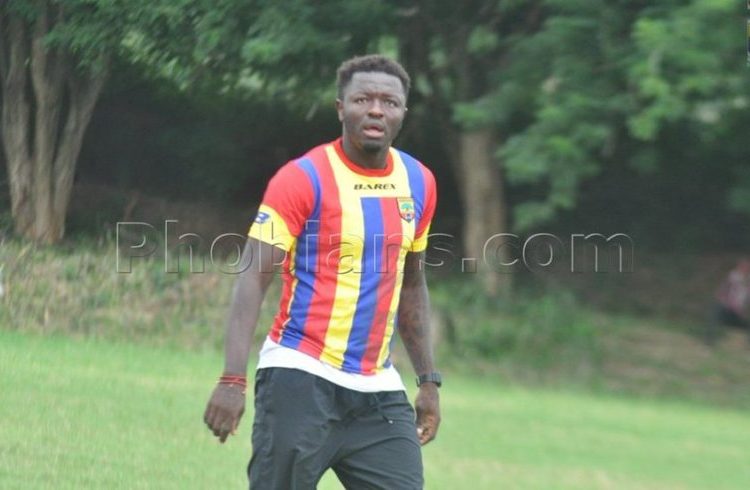 Hearts of Oak Head Coach, Samuel Boadu, believes Sulley Muntari joining the team will help turn the fortunes of the club around.

Reports indicate that the former Black Stars midfielder is set to join the Phobians ahead of the second round of the Ghana Premier League season for a one-year deal.

The 37-year old has been spotted training with the team ahead of the possible move.

The former Inter Milan midfielder was present at the Accra Sports Stadium to observe Hearts’ game against King Faisal on Sunday.

Speaking after the game on the possible inclusion of Muntari to the team, Boadu said:

“Sulley Muntari is a motivator, he is a good guy and I like the way he speaks to the players.

“If he joins the team, I think things will change”, he told StarTimes.

The win against King Faisal sees Accra Hearts of Oak move up the league log to 5th place.