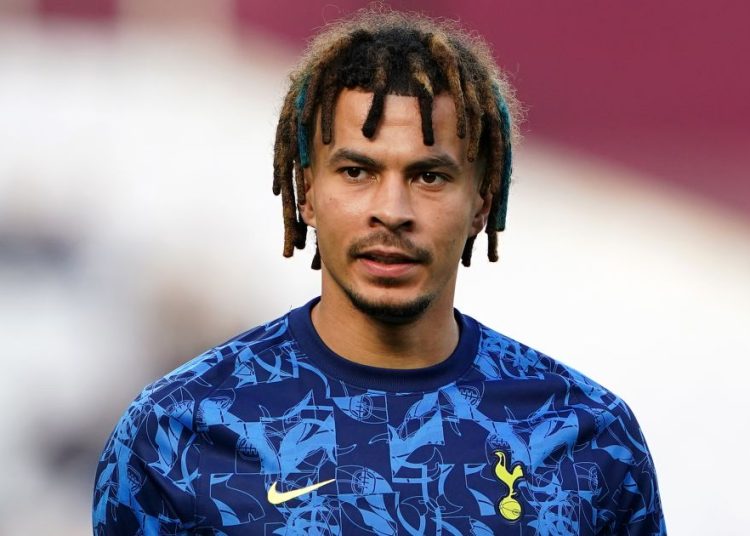 Dele Alli has joined Everton permanently from Tottenham in a deal that could cost up to £40m.

Alli has joined the Toffees on a two-and-a-half-year deal as he looks to reignite his stalling career at Goodison Park.

The potential £40m transfer fee will be structured based on performance-related add-ons.

New Everton manager Frank Lampard, who was only officially appointed boss on Monday afternoon, was a key factor in convincing the 25-year-old to join the club.

It comes after Lampard also persuaded midfielder Donny van de Beek to join on loan from Manchester United for the rest of the season.

Alli could potentially make his Everton debut in the Premier League fixture at Newcastle United next Tuesday.

“I’m eager to get started and can’t wait for my first game in an Everton shirt,” said Alli.

“I’m looking forward to helping the team and the opportunity to work with the new manager Frank Lampard.”

Alli leaves Tottenham after seven years at the club after he joined from MK Dons in February 2015 for just £5m.

He made 269 appearances in all competitions for Spurs and scored 67 goals, including 51 in the Premier League.

The England midfielder won back-to-back PFA Young Player of the Year awards for the 2015/16 and 2016/17 seasons and also helped Spurs to reach their first Champions League final in 2019.

But Alli has failed to continue that success in recent seasons with his career stagnating in north London.

He has struggled to make an impact this campaign under new Spurs head coach Antonio Conte, having made just six appearances in all competitions since the Italian arrived in November.