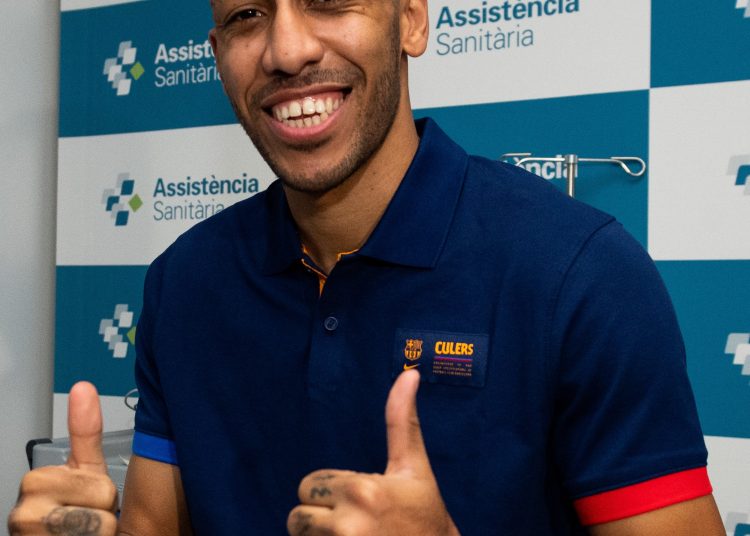 Barcelona have confirmed the signing of Pierre-Emerick Aubameyang on a free transfer from Arsenal.

The 32-year-old Gabon striker signed a contract late on Monday evening, although it was announced on Wednesday.

Barcelona feared the move was dead at one point on transfer deadline day despite Aubameyang being in Spain.

📞 You've got a call from Barcelona pic.twitter.com/7gkcfVwYa2

Aubameyang, who scored 92 goals in 163 games for Arsenal, had not played for the Gunners following a disciplinary breach in December.

The striker flew to Spain on Monday to sign for the Spanish giants and was pictured training with them on Tuesday.

Arsenal signed Aubameyang for £56m from Borussia Dortmund in January 2018, but his departure on a free transfer comes after he was stripped of the captaincy following a latest disciplinary issue.

He had previously been dropped in March and missed the win over north London rivals Tottenham because of a “breach of pre-match protocol”.

His move to Barcelona will save the Gunners about £15m in wages – but it leaves manager Mikel Arteta with Alexandre Lacazette and Eddie Nketiah as his only central strikers for the remainder of the season.

In a message posted on social media on Tuesday, Aubameyang thanked Arsenal’s fans for their support and said it “hurt” to leave in such circumstances.

“We went through ups and downs together and your support meant everything to me,” he said.

“I have always been 100% focused and committed on doing everything I can for this club which is why leaving without a real goodbye hurts – but that is football.

“I’m sad I did not get the chance to help my team-mates in the last few weeks, but I have nothing but respect for this club and truly wish all my guys and the fans all the best and many successful years in the future!”