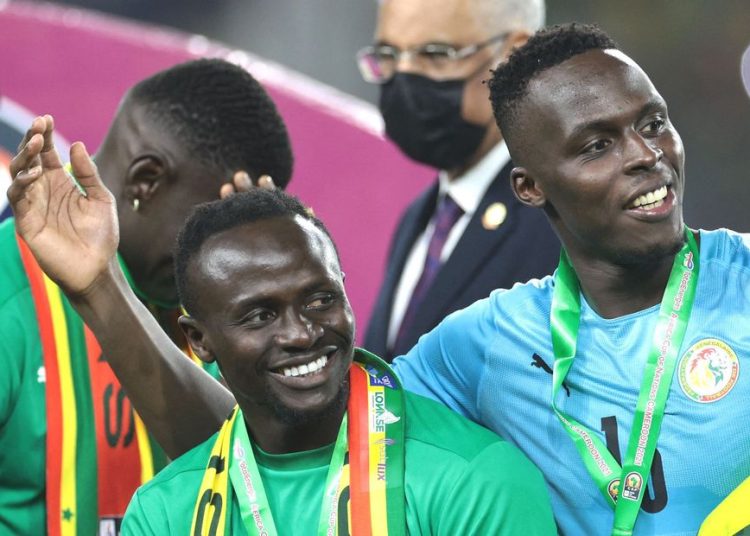 Newly-crowned TotalEnergies AFCON 2021 winners, Sadio Mane and Edouard Mendy, and Egyptian forward, Mohammed Salah have been included in the Confederation of African Football’s best team of the just-ended tournament.

In addition to Salah, Mane and Mendy, there were players like Achraf Hakimi of Morocco, Edmund Tapsoba of Burkina Faso and Vincent Aboubakar of Cameroon who all made the starting eleven.

Comoros captain, Youssouf M’Changama was named as part of the substitutes together with Collins Fai, Karl Ekambi Toko and Andre Anguissa, all of Cameroon.

In all, the team was made up of players from Cameroon, Morocco, Senegal, Burkina Faso, Egypt and Comoros and it was set up in a 4-3-3 formation.