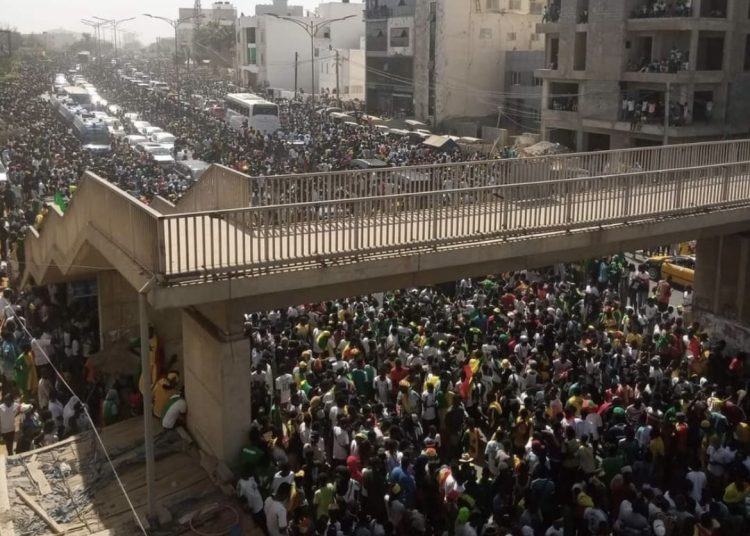 Millions of Senegalese have trooped to the center of the country’s capital, Dakar, to welcome the victorious national football team, which claimed a first ever Africa Cup of Nations title in Cameroon on Sunday.

Senegal defeated 7-time champions Egypt on penalties in tensed final inside the Olembe Stadium, where Liverpool teammates Sadio Mane (Senegal) and Mohamed Salah (Egypt) competed against each other.

Mane missed a penalty in regulation time before converting the winner in the shoot out, following a 0-0 draw after extra time.

Aliou Cisse’s Teranga Lionns are expected to take the trophy back to Dakar on Monday afternoon, and even before they arrive, the streets of Dakar are filled with people in anticipation of the arrival of their heroes.

President Macky Sall has declared Monday a national holiday to allow the people of Senegal celebrate the team’s victory.

'Do you want to be the ref?' - Referee offers Salah whistle after Egyptian's complaints [VIDEO]